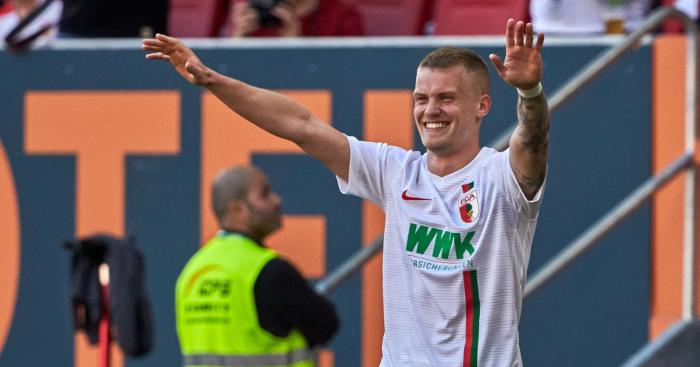 Liverpool are considering joining Barcelona in the race for Augsburg left-back Philipp Max, according to reports.

Rather than making any huge signings this summer, it is understood Liverpool will avoid any huge outlays like last summer and just look to replace Alberto Moreno and Daniel Sturridge at Anfield.

And the Sunday Express claims that Klopp is ‘weighing up’ a move for Max – who is valued at £18million – as a back-up to cope with any suspensions or injuries to first-choice left-back Andy Robertson.

Max has ‘attracted the interest’ of Klopp for his consistent performances over a number of years in Germany – but they will need to move quickly as Barcelona are looking to seal a deal for Max ‘before next weekend’.