Home Liverpool Liverpool could stick with Milner and Moreno – report 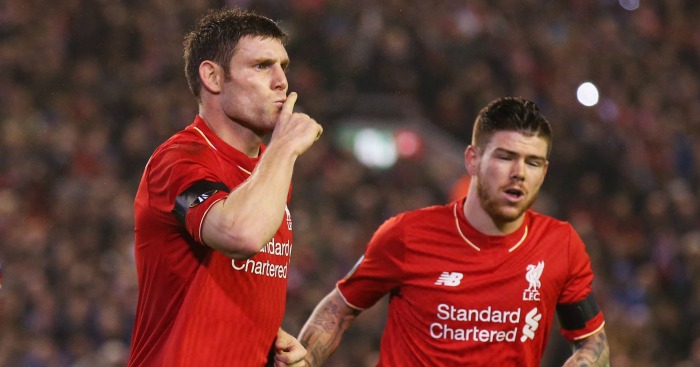 Liverpool will go into the Champions League with James Milner and Alberto Moreno as their left-backs, unless the Spaniard’s £15m asking price is met.

The Liverpool Echo says that the Reds will only buy a replacement left-back – possibly Hull’s Andy Robertson – if Moreno leaves the club.

There are suggestions that Moreno is in no hurry to leave Liverpool, who have put a £15m price on his head after turning down £11m from Napoli.

So not only do Liverpool have to find a club willing to pay that price, but also persuade Moreno that being second-choice left-back behind Milner is no fate for a 24-year-old.

‘Liverpool have scouted Robertson extensively over the past two seasons,’ say the Echo, who claim they asked about Monaco left-back Benjamin Mendy but were told that he is likely to join Manchester City.