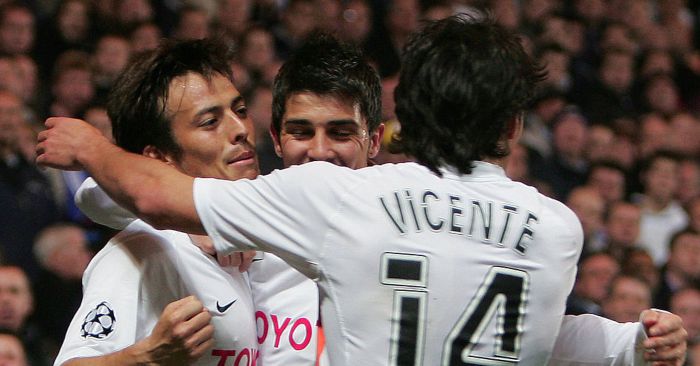 Liverpool missed out on David Silva (and Matt Upson) in summer 2009 because they had no money.

The Reds had hoped to build on an impressive Premier League season that had seen them push Manchester United all the way before finishing runners-up, while reaching the Champions League quarter-finals.

But Rafa Benitez, despite finally selling Xabi Alonso to Real Madrid for £30m after intense speculation, was only able to spend little over £5m more than that on Alberto Aquilani, Glen Johnson, one-time captain Sotirios Kyrgiakos and freebie Maxi Rodriguez.

Liverpool had hoped to sign Silva a year before he eventually moved to Manchester City, but the “perfect” signing proved too expensive.

“The owners wanted a chunk of the Xabi money to pay the interest on the loans so there was no chance of being able to reinvest the full £30 million,” an unnamed member of Benitez’s recruitment staff told The Athletic.

“It was a small pot we had to play with that summer. Glen Johnson came in, but that deal was only possible because Portsmouth still owed us money for Peter Crouch. The sales of Alvaro Arbeloa and Sebastian Leto, as well as Xabi, generated cash.

“David Silva was very much of interest. Rafa was Valencia manager when he was in their academy and knew his father, who had worked at the training ground there. He would have been perfect but he just wasn’t affordable. If we’d had the money to make it happen, we would have signed Silva 100 per cent.”

Jamie Carragher, a stalwart of the side by this point, recalls how Liverpool made “a complete and utter mess” of the Aquilani signing, while a deal for Upson was also lined up.

The member of Benitez’s recruitment staff member explained that Aquilani was brought in as he was a cheaper alternative to Silva, as was the case with Kyrgiakos instead of Upson.

“There were very few players in our price bracket who fitted the bill,” he said. “Aquilani had been heavily scouted. He was ripping it up in Serie A and Italy had really high hopes for him. Initially, we didn’t think we could afford him. But Roma had financial problems and suddenly they were willing to sell. The price was so low because he was injured, but it had to be done quickly. If he had been fit he would have been too expensive for us.

“We also needed a centre-back that summer and had a deal for Matthew Upson lined up on a free. He was an England international and the other lads had vouched for him being a good character, but it didn’t happen because the club said his wages were too high. We ended up buying Soto Kyrgiakos from AEK Athens for £1.5 million instead, because his wages were so much lower. That’s how bad the situation was at that time.”