Home Liverpool Liverpool dealt blow as ‘it will take a while’ until forward is back fully fit, Klopp reveals 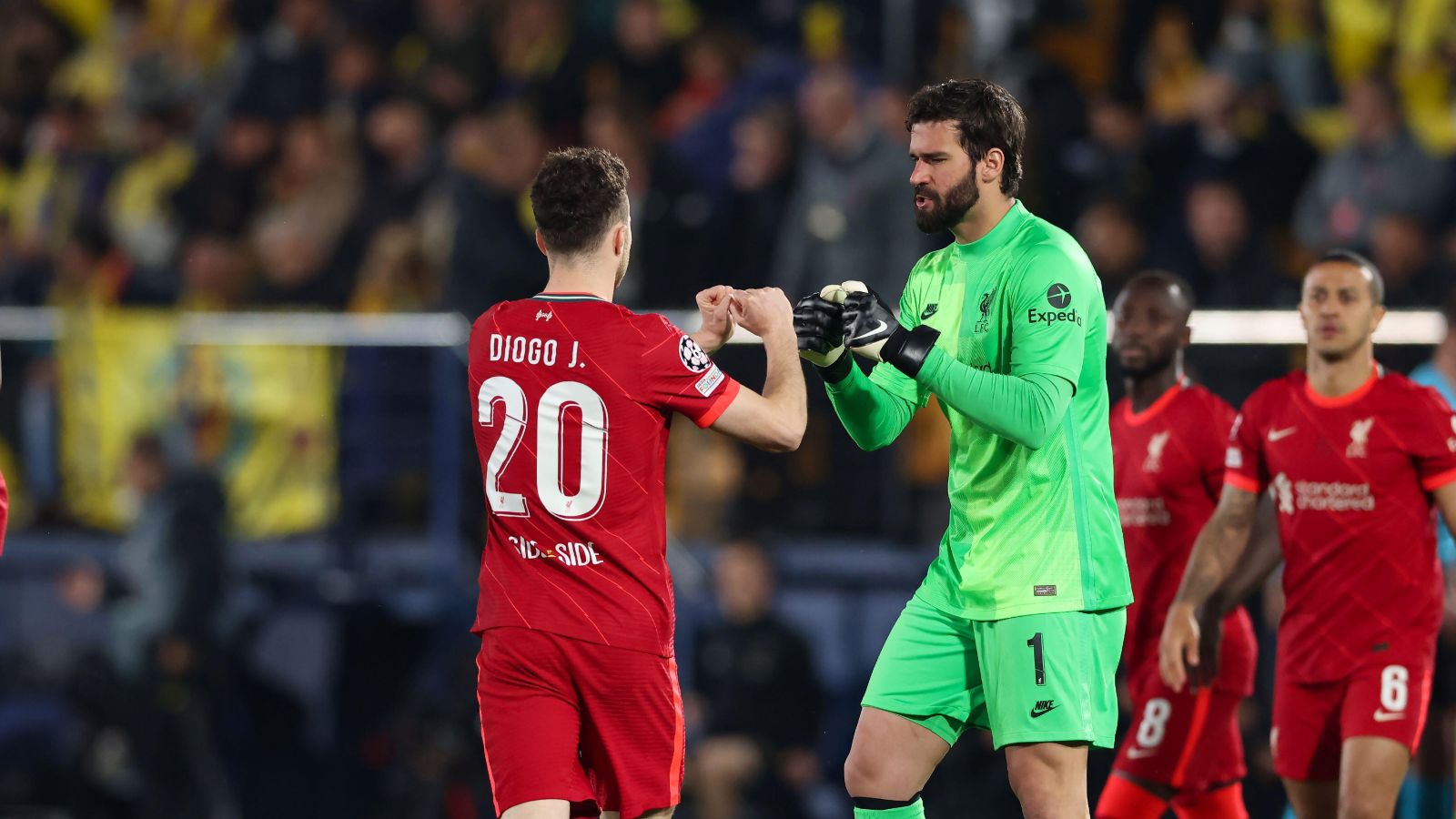 Jurgen Klopp has confirmed that Liverpool will be without Diogo Jota and Alisson for this weekend’s game against Man City in the Community Shield.

Both players have picked up injuries during pre-season and they will miss Saturday’s curtain-raiser at Leicester City’s King Power Stadium.

Alisson is the closest to being fit, as the Brazil international is hoping to be available for Liverpool’s first Premier League game of the campaign against Fulham on August 7.

Jota has been sidelined with a hamstring injury and is not even with the squad at their training camp in Austria this week.

Manager Klopp said at a pre-match press conference on Thursday: “Ali trained today more than the day before, so he will definitely be available for Fulham, but not for the weekend.

“Diogo is not here with us so how could he play a football game? It will take a while, unfortunately.”

Due to the early start to the campaign this year, Klopp admits he has not had enough time in pre-season to do all the work he would have liked.

Because of that, the Reds are to play another friendly the day after the Community Shield and they are to arrange another for after the Fulham fixture.

Klopp said: “We have to extend our pre-season, if you like, into the season.

“We play on Saturday against City and we play a pre-season friendly on Sunday against Strasbourg. Then Fulham and the next day we play another game.”

Nevertheless, Klopp is hoping his FA Cup-winning side can hit the ground running this weekend against champions City, the team who pipped them to the Premier League title by just one point last season.

The German said: “It’s very important. We have played this ‘final’ a couple of times and it would be nice if we could win it. It’s the last domestic cup competition we didn’t win yet, so we will give it a try.”

Liverpool head into Saturday’s game after being beaten 1-0 by Red Bull Salzburg on Wednesday evening.

Earlier this month, they were hammered 4-0 in a friendly by their arch-rivals Manchester United.

Despite this, Arsenal legend Ray Parlour does not think that United will better last season’s sixth-place finish in the Premier League.

This is while he has backed Liverpool to finish second once again behind Pep Guardiol’s Manchester City.