Home All The News Liverpool defence ‘a bit of a mess,’ says Cherries keeper 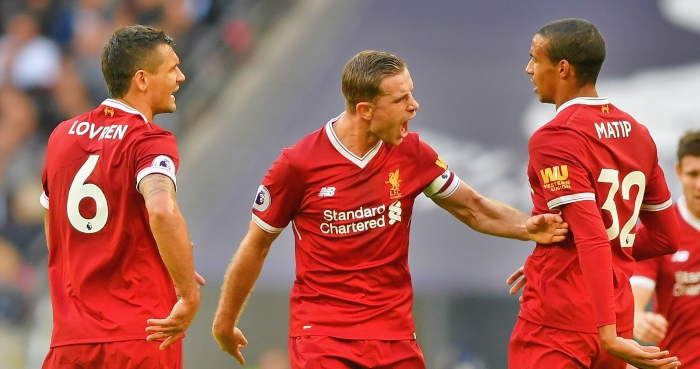 Asmir Begovic has described Liverpool’s defence as “a bit of a mess” and “all over the place”.

Liverpool were thrashed 4-1 by Tottenham on Sunday, and have now conceded a Premier League high 15 away goals this season.

Only Watford, West Ham, Stoke, Everton and Crystal Palace have conceded more goals in the Premier League this campaign, and Bournemouth keeper Begovic has laid into the defence.

“I think for Liverpool it is a combination of things: communication, positioning and the desire to defend is lacking for Liverpool,” Begovic told Sky Sports’ The Debate.

“They don’t look organised, they don’t look like they want to defend. I look at some of their players and the first thing is how good they can be on the ball, how they can pass and go forward and how the full backs can attack and join in. I don’t think their first thought is defending.

“I think as a unit they look all over the place and there could be many reasons. Confidence once again is low and there are people making bad decisions so it seems to be a bit of a mess.

“They are not doing the basics of defending and I don’t think they have the pride it takes to be a defender.

“I don’t think it is one particular player or one particular thing but everything in that defensive area is going wrong. I’m not sure how much time they spend on it or if they’re being coached.

“I think generally, in football, the basics of defending are going out of the game and people are not learning them as much.”