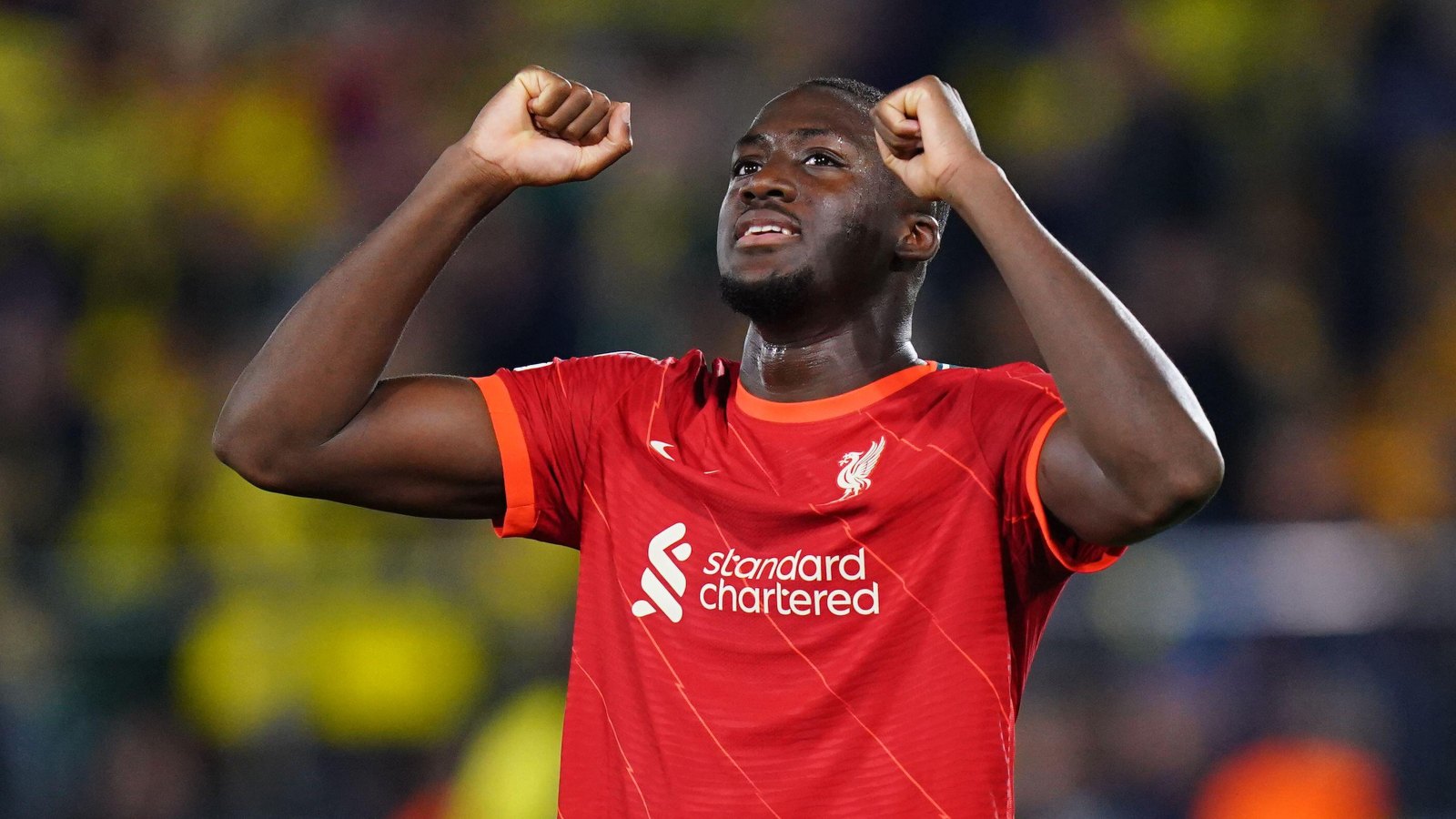 Ibrahima Konate admits he could never have imagined his first season with Liverpool going as well as it has done so far.

Since arriving last summer from RB Leipzig for £36million, the 22-year-old has quickly established himself as a more-than-reliable central-defensive partner for Virgil van Dijk.

The Frenchman has started six of the last seven Champions League matches, scored the crucial opening goal against Manchester City in last month’s FA Cup semi-final and is set to be named in the side at Wembley again when they face Chelsea in the final.

“Never at any moment in my life could I have imagined this,” said Konate, who won the Carabao Cup within seven months of arriving and could still end his first season with a quadruple.

“I knew I was joining a very big club, a club that has set out to win things, titles and trophies, but this season has been exceptional.

“It’s a historic one for the club and it’s hard to put into words. It’s super exciting to be a part of.

“My expectation was to come here and work. The club has a very strong work ethic.

“Of course I’m very happy to be playing in these big matches which are coming up so frequently.

LFC are quite mad. Their scouting spotted one of the next generation’s Van Dijk/Koulibaly style of CBs with Konaté & they made sure they had a deal in place for summer 2022 (which is why they didn’t replace Lovren & only loaned Kabak during their injury crisis). Unreal planning.

“The manager has placed a lot of trust in me and I’m very happy about that. The thing now is to continue putting in good performances and hopefully get the wins.”

Konate has benefited from learning alongside Van Dijk and he acknowledges the role the Holland captain has played in his development.

“Virgil? Yeah he gives me some advice for big games,” Konate added.

“But he also has this quality where we have this great relationship and he allows me to decide in each match, to make decisions.

“He lets me play to my own qualities, and I think that is a very good aspect of his leadership.

“But I think it’s the whole team who defend, to be honest. It’s not just the back four. The midfield and even the attackers, they all have a role to play in allowing us to do what we do.

“We can only defend with that level of support from up front.”