Home Liverpool Liverpool defender disagrees with both Neville and Klopp 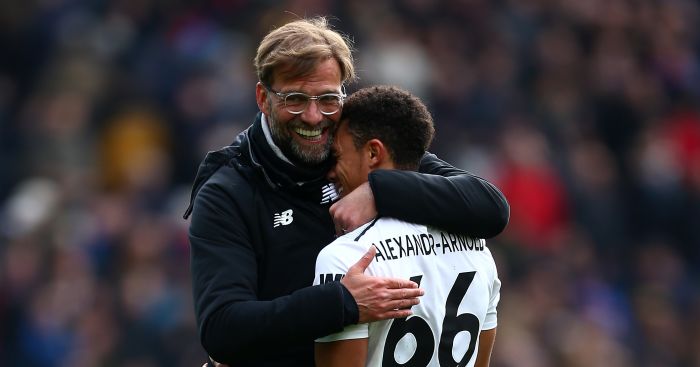 Trent Alexander-Arnold has denied Gary Neville’s recent claims that tiredness has become a problem at Liverpool.

The Reds have stalled somewhat after a fine start to the season, failing to win any of their last four games across three different competitions.

Neville noted that they looked “a little bit flat” during his commentary on the 0-0 draw with Manchester City, adding: “When do you ever see Liverpool like that? It’s a little bit of fatigue and a little bit of edge off the energy levels.”

Alexander-Arnold sees it differently, however.

“No, I wouldn’t say so,” he told Sky Sports when asked whether fatigue was an issue.

“That’s the way that we play, we play quite an energetic game.

“That’s something we’ve always done, that’s the way the manager wants us to play.”

He also disagreed with Klopp’s assertion that his players need a rest.

“Whether you’re not getting the results or you are,” Alexander-Arnold said, “it’s always good to have games every three or four days and keep the momentum going or bounce back.”