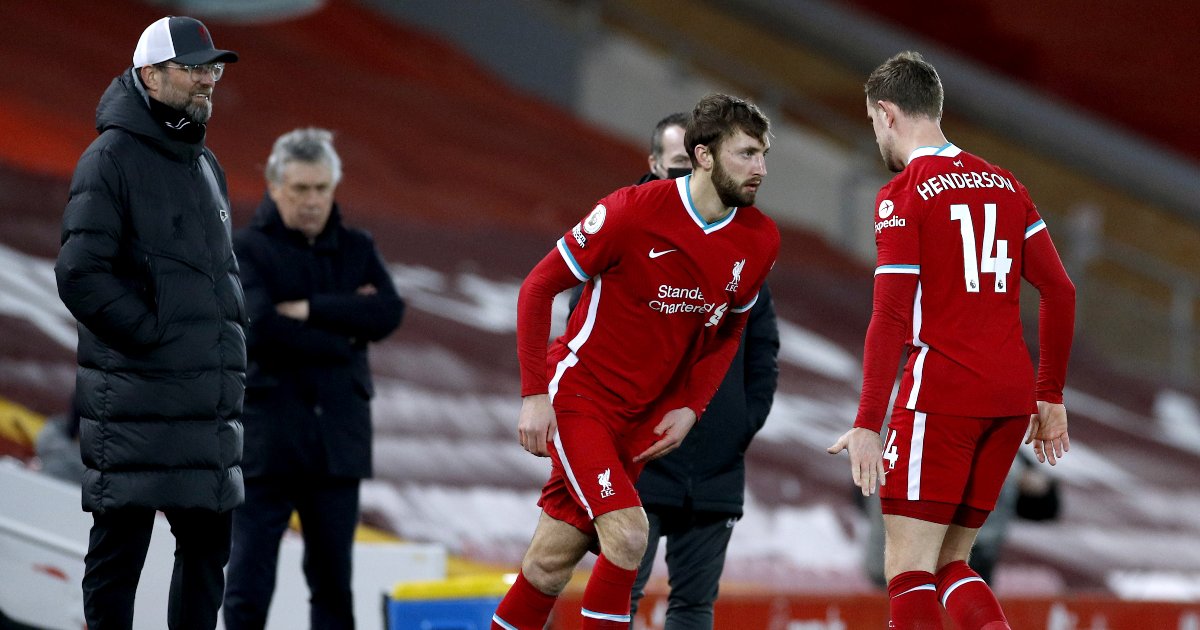 Liverpool defender Nathaniel Phillips has suggested that it “makes no sense” for him to worry about the club’s defensive signings in January.

Jurgen Klopp’s side have been hampered by a lot of injuries this season. Virgil Van Dijk, Joe Gomez and Joel Matip all suffered season-ending injuries at various points of the campaign.

This has meant that the inexperienced duo of Rhys Williams and Phillips have been afforded more game time. The latter has more experience at a higher level than Williams. Phillips spent last season on loan with German outfit VfB Stuttgart.

The 23-year-old has made eight Premier League appearances this season. In an attempt to ease their troubles in defence, Liverpool signed Ozan Kabak and Ben Davies in January from Schalke and Preston respectively.

Speaking to Sky Sports, Phillips suggested that Liverpool’s new signings have been a “massive” help:

“I think for me personally – that side of things I can’t really have an impact on.

“So it doesn’t make sense for me to focus on it or worry about it.

“I think for the sake of the club and the team, bringing in the centre-backs was a good thing, because we were short of centre-backs. People were playing out of position and injuries were happening often.

“So it was a massive help for the team, but I can only control how I train and how I play when I get those opportunities.

“That was the mindset I took: there’s no point worrying about things that are out of my control and I just need to focus on what is best for the team.

“You can see with Ozan’s performances that he’s adapting in the games.

“I had a similar sort of experience when I was playing in Germany last year on loan with Stuttgart to coming back to playing in the derby in the FA Cup against Everton. The first 15 or 20 minutes, I was a bit shell-shocked because I’d got used to the style of football and how the game was played over there.

“To then play against Everton at Anfield, it is a bit of a shock at first but you can see that he’s adapting in training and in every game he plays. Like you say, hopefully we can form a bit of a partnership.”