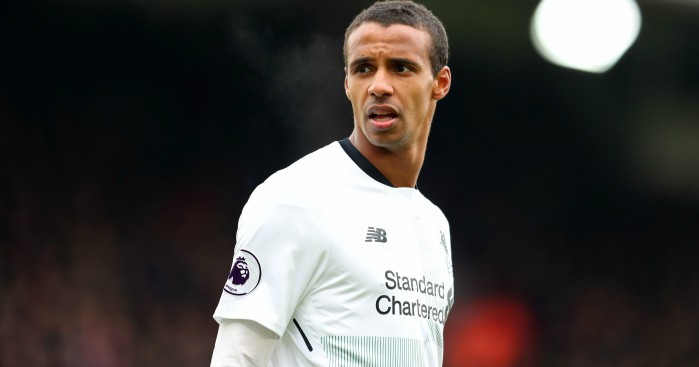 Liverpool defender Joel Matip faces up to six weeks out after suffering a fractured collarbone.

The 27-year-old sustained the injury in the closing moments of Tuesday night’s 1-0 Champions League victory over Napoli and will now undergo surgery.

Matip had started the Reds’ last three matches but now faces a spell on the sidelines.

He landed awkwardly following an aerial challenge as Liverpool secured a place in the last 16.

An update from the Reds said: “Matip was taken to hospital following the fixture and further assessment deemed an operation is required.

“Early indications suggest the centre-back is facing a spell of up to six weeks out of action, though that is dependent on how Matip responds to his treatment and rehabilitation programmes.”