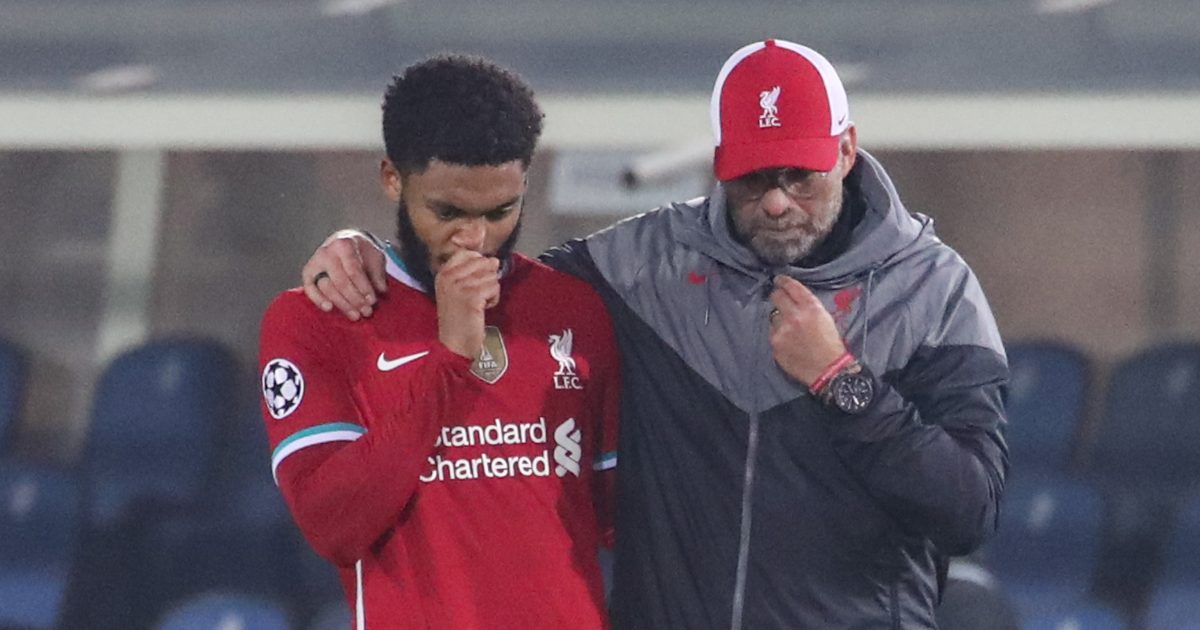 Liverpool defender Joe Gomez has returned to first-team training after eight months out with a serious knee injury, the club have confirmed.

Gomez was the second Liverpool player to pick up a serious injury in the 2020/21 season. Virgil Van Dik was the first as he suffered a cruciate ligament injury in October during Liverpool‘s Merseyside derby against Everton.

Then in November, Gomez picked up a serious tendon injury in his left knee while he was away on international duty with England.

The defender has been unavailable since then, which means he has missed eight months worth of action.

Jurgen Klopp‘s side are currently in Austria for a pre-season training camp and The Athletic have reported that Gomez took part in Tuesday’s training session. He came through his return unscathed.

Speaking via the club’s official website, Gomez said he is “relishing” being back:

“It’s nice to be back among the boys. It’s been a long time, so I’m relishing it.

“Just in terms of the rehab programme, what stage are you at? You’ve taken part in the full session with the lads this morning.

“Obviously, after such a long layoff, it’s not a case of just being thrown in the deep end; we’ll probably have to do some adaptations, the likes of myself and Virgil.

“That’s where it’s nice to work alongside each other – we had different injuries, but we’ve been in it together all the way.

“There’ll be days where we have to do something more suitable for us, but to do team training today after such a long time means a lot. I think speaking for us both, we loved every minute of it.”

Gomez added that doing his rehabilitation alongside Van Dijk has been a “massive” help:

“It was massive. There were so many moments, right at the beginning, when we were at home on the sofa and couldn’t move, and we were FaceTiming and speaking about things.

“It’s someone to relate to, to vent to at times when you’re frustrated, so it was massive. I think we’re both thankful to have had each other; it was cruel circumstances, but it definitely made things easier.