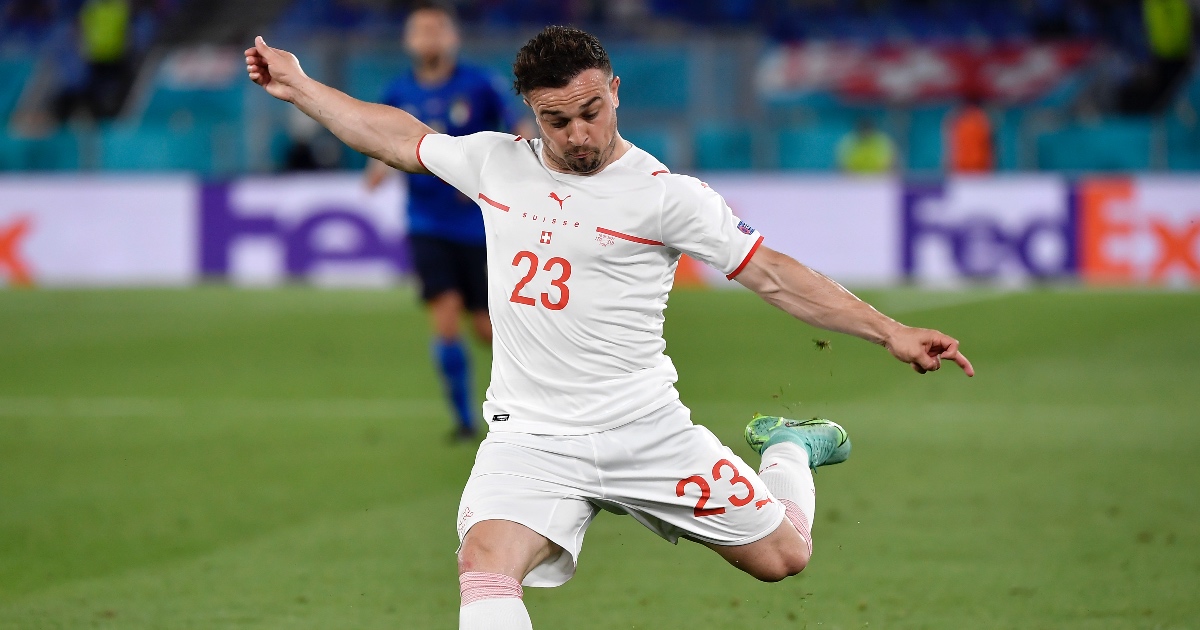 Liverpool have placed a £13million price tag on Xherdan Shaqiri, should Lazio act on their reported interest in the Switzerland star.

The 29-year-old had a great campaign at Euro 2020, registering three goals and one assist in five games.

He ultimately could not save his country as they were beaten by Spain on penalties in the quarter-finals.

Despite their exit, Shaqiri gained plenty of admirers from his performances this summer.

According to the Liverpool Echo, the Reds are braced for a bid from Lazio for the right winger.

They will demand a fee of £13m which would see them recoup pretty much all of what they paid for him three years ago.

Shaqiri joined from Stoke with high expectations but has been limited to substitute appearances in recent seasons.

In 2020/21, he managed just one goal and four assists in all competitions. He also failed to complete a full 90 minutes in the Premier League throughout the whole campaign.

Although he likes Liverpool, Shaqiri could leave in the coming months to become a first team regular elsewhere.

Serie A now looks like his potential destination. The report states that Lazio are long-term admirers of Shaqiri’s talents and may soon make a bid.

Liverpool have a good relationship with the Italian side, too. They’ve allowed Lucas Leiva and Luis Alberto to secure moves to the Stadio Olimpico in recent years.

The Anfield club are happy to keep Shaqiri but will not get in his way if a top European side comes calling.

The situation is apparently similar for Divock Origi, who will struggle to replace Roberto Firmino in Jurgen Klopp’s starting eleven.

Shaqiri started his Euro 2020 campaign with an assist against Wales. The player whipped in a corner which was headed home by forward Breel Embolo from close range.

He could not got the better of Italy as they stormed to a 3-0 victory in the second group game. But a brilliant performance against Turkey helped Switzerland qualify in second place, behind Roberto Mancini’s men.

Shaqiri fired a great strike into the top corner in the first half before finishing a quick counter-attack in the second.

The winger certainly did no damage to his reputation at the tournament and now looks set to star in Italy.