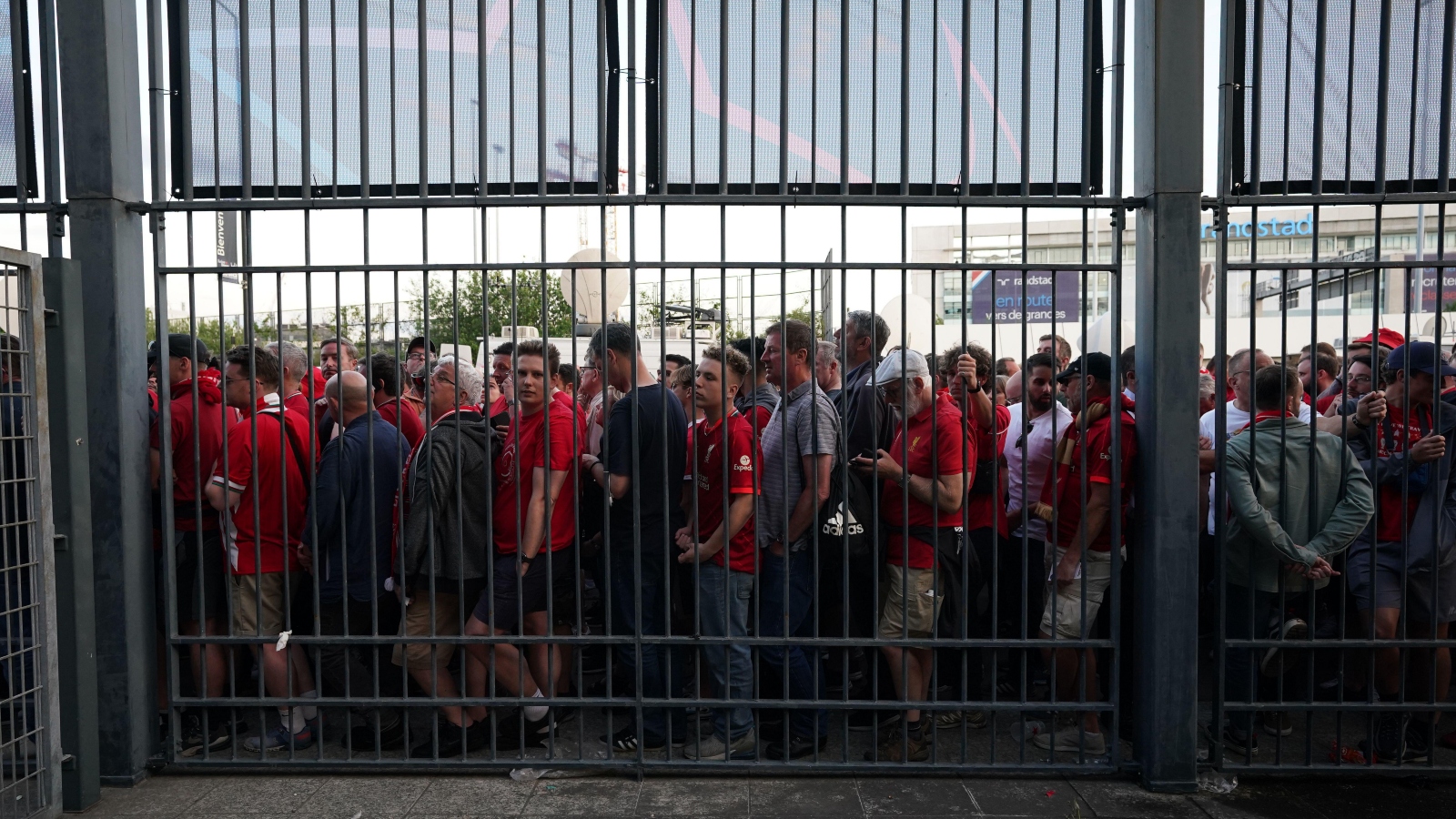 Liverpool have called for an investigation into the chaotic scenes outside the Stade de France which led to their Champions League final against Real Madrid being delayed.

The club said the entry issues at the Stade de France and the breakdown of the security perimeter were “hugely disappointing”, with the French authorities and UEFA saying supporters without tickets or with fakes were responsible for causing the delays.

Are Monaco the Mentality Monsters? Liverpool slip in top ten teams during run-in…

Tear gas was used on the fans waiting at the fence, despite Merseyside Police observers saying the majority of supporters had behaved in an “exemplary” manner there, and it was reportedly deployed again at the fan zone on the Cours de Vincennes immediately after the final whistle.

UEFA said the delays were caused by “thousands of fans” trying to gain entry with fake tickets which would not work in the turnstiles. The Paris police prefecture said these supporters “employed strong force” in an attempt to gain entry and delayed the entrance of those with genuine tickets.

The police said others then sought to capitalise on this and breached the fences.

“The rapid intervention of security forces allowed calm to return and helped remove the disruptors from the surroundings of the Stade de France,” a force statement read.

In case there is still any idiot out there blaming the Liverpool supporters, @SkyKaveh explains what happened.

Liverpool defender Andy Robertson said a friend who he had given a genuine ticket to was told it was a fake.

Kelly Simmons, the women’s professional game director at the Football Association, was caught up in the chaos.

“Crushed on the way in, unable to move for 90 mins. Face wedged against someone in front. Absolutely terrifying. Tear gassed on the way out as we were near a v minor skirmish. A night from hell #paris” she tweeted.

She added in a further tweet: “My legs were like jelly and had to keep sitting down in the game. All I could think was we have to get out at the end. All the fans near me in that crush behaved impeccably calling for calm/no panic. It was just sheer volume and nowhere to go as no gates open.”

French police inside the fence used tear gas on fans outside after Gate Y, one of the two main gates on a narrow walkway which 20,000 supporters were trying to access, was closed for up to an hour in the lead up to kick-off in response to the growing frustration of fans queuing to get in and being delayed by problems scanning tickets and security searches.

Liverpool are understood to be furious at UEFA’s “totally inaccurate” initial blaming of the delayed start on the late arrival of fans.

And the problems did not end there for fans as after the 1-0 defeat many were reportedly assaulted and robbed by local youths on the 10-minute walk back to train stations.

“Post-match last night was the scariest I’ve ever experienced,” he wrote on Twitter.

“Organised gangs set about mugging departing fans. We ran a gauntlet of thuggery on our way to the Metro. Not a police officer in sight.

“Witnessed so many ambush attacks on unsuspecting attendees. Reprehensible @UEFA.”

Merseyside Police, who had officers deployed in Paris to work in an observer and advisory capacity, said the majority of fans had behaved in an “exemplary” manner, arrived at turnstiles early and queued as directed.

They said those officers would contribute their observations to the relevant authorities for the debrief.

Assistant Chief Constable Chris Green said: “We know that people would have witnessed a lot of distressing scenes last night and we wish everyone returning home from Paris a safe journey. Our focus today will be supporting Liverpool city council with the policing of the homecoming parade.”

Sports Minister Nigel Huddleston tweeted: “We are very concerned about the upsetting scenes around the Stade de France last night and shall be working with the appropriate authorities to find out what happened and why.”

“Thousands of British ‘supporters’, without tickets or with counterfeit tickets, forced entry and sometimes assaulted the stewards,” he wrote on Twitter.

“Thank you to the very many police forces mobilised this evening in this difficult context.”