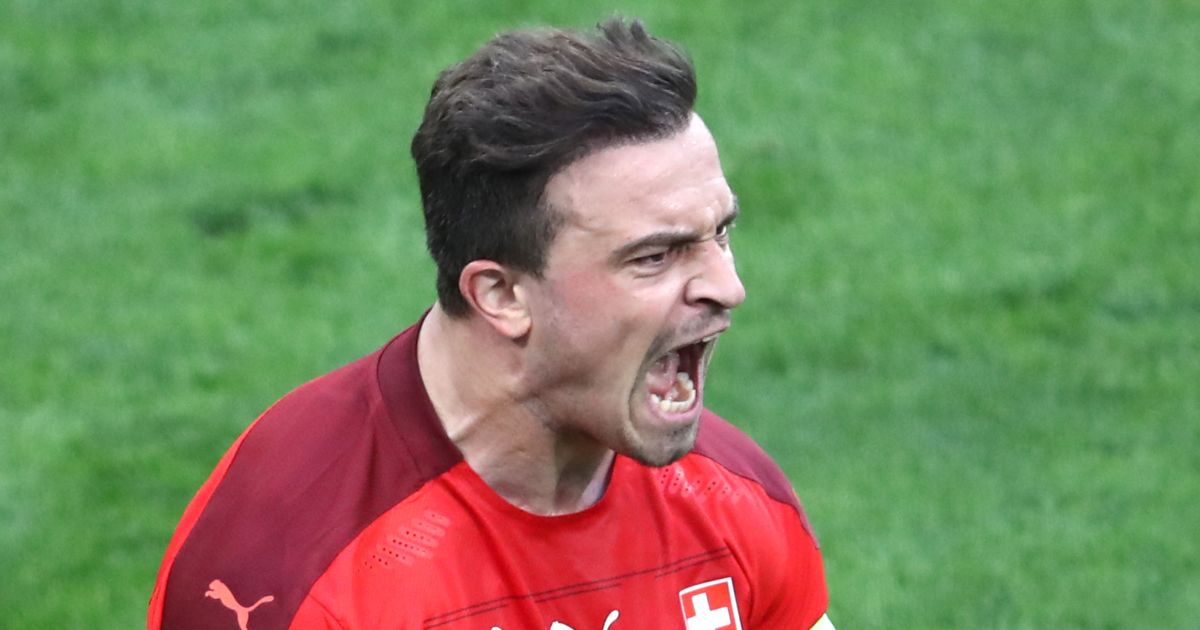 Liverpool have received their first offer from Serie A side Lazio for Xherdan Shaqiri, according to reports.

The 29-year-old Switzerland international made just five Premier League starts last season and has been linked with a move away from Anfield.

Shaqiri, who joined the Reds from Stoke in 2018, has two years remaining on his contract with the Merseyside club.

The Liverpool attacker showed what a wonderful player he can be at Euro 2020, scoring three goals and providing an assist in five matches, as Switzerland reached the quarter-finals.

Those performances have led to renewed links of interest away from Anfield with Italian side Lazio understood to be his most eager potential suitors.

La Lazio Siamo Noi claim that the Serie A outfit have now lodged their first bid of €12m (€10m plus €2m bonuses) but that Liverpool are holding out for €15m.

They describe Shaqiri has an ‘old fan’ of Lazio while the Italians’ sporting director Igli Tare has ‘always had a weakness’ for the former Bayern Munich star.

Tare held a ‘series of telephone interviews’ with Lazio boss Maurizio Sarri – to ask his approval – before speaking to Liverpool about their offer.

Despite having their bid knocked back, ‘there is room to negotiate between the parties’ and Lazio are ready to ‘make an extra effort to convince’ Liverpool to sell.

Any further progress is likely to be made once Shaqiri returns from his holidays with Lazio’s interest described as ‘concrete’.

Meanwhile, new Liverpool defender Ibrahima Konate has detailed what the club’s fans can expect from him in 2021/22 as he hopes to become a better defender.

The defender has told LFTV GO that he will “learn” from all of Liverpool’s squad this season.

He said: “Of course, I will learn [from] these players, but not just with these players, with every player on this team. It’s just the start and with time it will be [a lot] better.

“I am very happy to be here with the team. My first impressions, I am very happy because I work with great players and I know I will [improve] here and I will be better with time.”