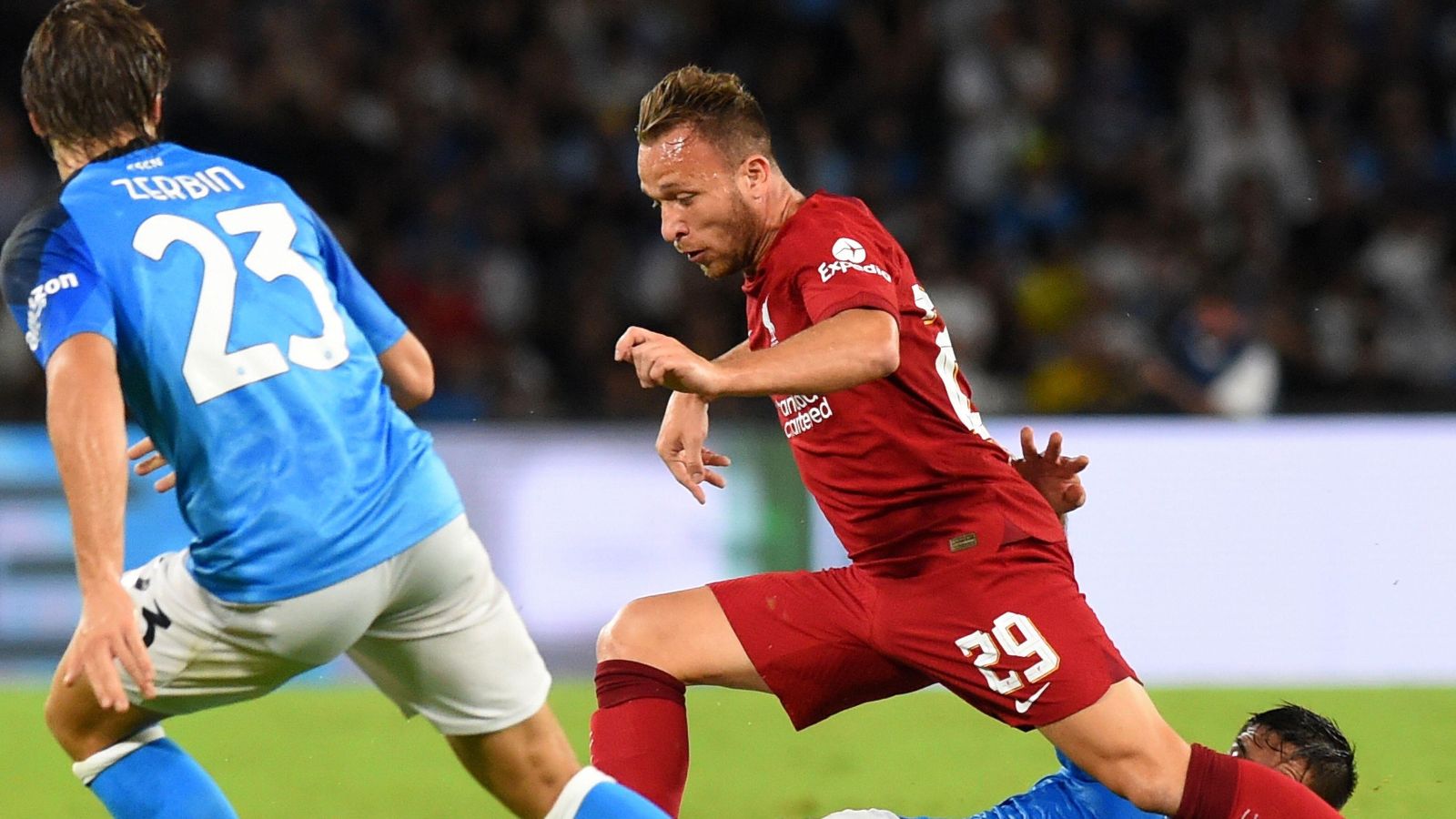 Liverpool are reportedly happy with Arthur Melo amid suggestions that they are planning to send the midfielder back to Juventus in January.

One of the major stories that came out of Liverpool during the summer was their dilemma about whether to sign a new midfielder.

They had already spent an initial £64m to sign Darwin Nunez from Benfica and looked set to pass up on bringing a fresh face in midfield.

Liverpool made a slow start to the 2022/23 campaign, as they drew against Fulham and Crystal Palace in their opening two league games.

Thiago missed a few games due to injury and they were dealt a further blow when Jordan Henderson suffered a hamstring injury.

This forced Jurgen Klopp and the club’s hierarchy into a rethink. With a few days remaining in the transfer window, the Reds boss conceded that they had entered the market for a new centre-midfielder.

This was out of character for Liverpool as they usually identify their targets early and wait for them to become available.

This is their plan with Jude Bellingham, who looks set to be sold for around £100m next summer with several Premier League clubs interested.

Liverpool settled on ex-Arsenal target Arthur Melo as a short-term solution as he has joined the club on loan for the season.

Ex-Reds defender Jose Enrique has labelled this a “panic” signing:

“I saw Arthur Melo at Barcelona and he’s a fantastic player with a lot of talent but the reality is that he was a panic loan from Liverpool.

I don’t think Liverpool have improved their squad in the transfer window – I think it’s a weaker squad than they had last season.”

Arthur is yet to start for Liverpool and his only appearance for his new club came off the bench last week as they were beaten 4-1 by Napoli.

Out of nowhere, reports coming out of Italy on Friday morning claimed that Liverpool were planning on sending Arthur back to Juventus in January.

This is reportedly because Arthur ‘does not fit the type of player’ Klopp would like at Liverpool.

A pinch of salt was needed with this story and Spanish football expert Guillem Balague has moved to refute reports from the Italian media:

“Liverpool have not decided to extend the loan or buy Arthur but have no intention to send him back in January. They are still assessing him.

“In fact, the coaching staff congratulated him on his understanding of the system and his quality.”

Fabrizio Romano has added to what Balague has said, confirming that Liverpool ‘are not planning to send Arthur back’ in January.

Reports in Italy have been ‘denied on both club and player side’ and Arthur is said to be ‘100% focused’ to Liverpool. He is reportedly ‘working hard to find the best condition’.