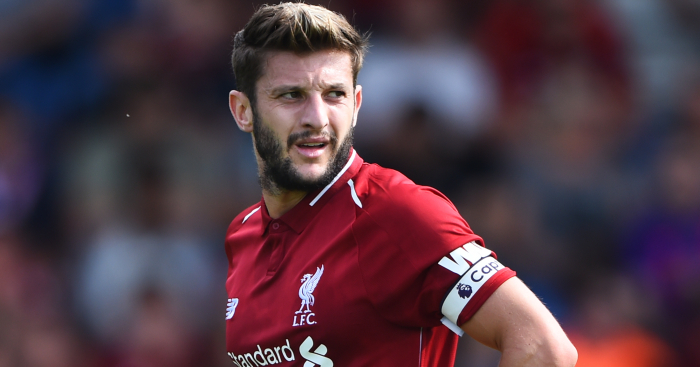 Liverpool are ‘desperate’ for Adam Lallana to return from injury.

The Reds face something of a dilemma ahead of Saturday’s return to Premier League action against Huddersfield, with both Mohamed Salah and Virgil van Dijk doubtful.

Salah will reportedly miss two weeks with a muscle strain, while Van Dijk suffered a rib knock on international duty with the Netherlands.

The Daily Telegraph say ‘there is no prospect of an early announcement’ on the fitness of either player before the end of the week.

Both injuries are considered not serious, but it remains to be seen whether Jurgen Klopp will risk them at the weekend.

With James Milner also sidelined due to a hamstring problem, the Reds are starting to feel the pressure of such a heavy schedule.

And the Telegraph add that they are ‘desperate’ to return and ‘add balance’ to the midfield.

Jordan Henderson reckons he can be England’s creator, so he might as well double up as Liverpool’s too.