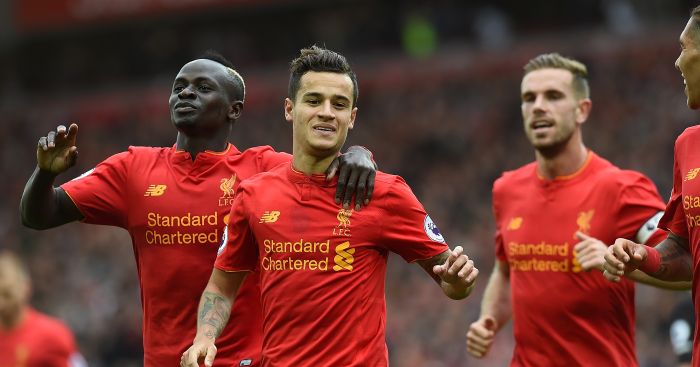 Hull captain Curtis Davies was impressed with Liverpool over the weekend and thinks they are more “ruthless” than Premier League rivals Arsenal.

Jurgen Klopp’s side demolished the Tigers 5-1 with an exhibition of attacking football, although Hull did have to play for over 60 minutes with ten men.

Davies is still getting his breath back after a high-tempo affair and the Englishman hailed Liverpool’s pressing and quick passing game.

“They didn’t give us a chance to breathe.

“Arsenal are a very good passing team, but a lot of their stuff is in front of you.

The Reds didn’t take their foot off the gas despite going into an early lead and Davies reckons Liverpool have more of a ruthless edge compared to Arsenal – who Hull faced just a week earlier.

“Last week against Arsenal, we had 10 men but it was a different performance.

“We were good. We kept hold of the ball but Liverpool, with their pressing game, they weren’t going to be satisfied with 3-0. They wanted 6, 7, 8. That is the difference. Arsenal were like, ‘We will sit, we will let them have the ball and then we will have it for another five minutes’.

“But Liverpool didn’t give you a chance to breathe to be honest.

“It is hard to lay a glove on anyone. When there is so much inter-changing you cannot put your mark on one person. It is tough to make a tackle. One second Mane will be in that hole, then Lallana and then Coutinho.

“There is a lot of interchange, quick football and with the full backs playing like wingers it becomes very difficult because you end up with backs against the wall.

“They play with Henderson and the two centre-halves at the back and the rest can go where-ever they want. That is not an ill-disciplined thing, that is organised.

“When we went down to 10 men then, if I am being honest, as a Liverpool I would be thinking, ‘We can give them a hiding. Let’s be ruthless.’

“And they were ruthless.”