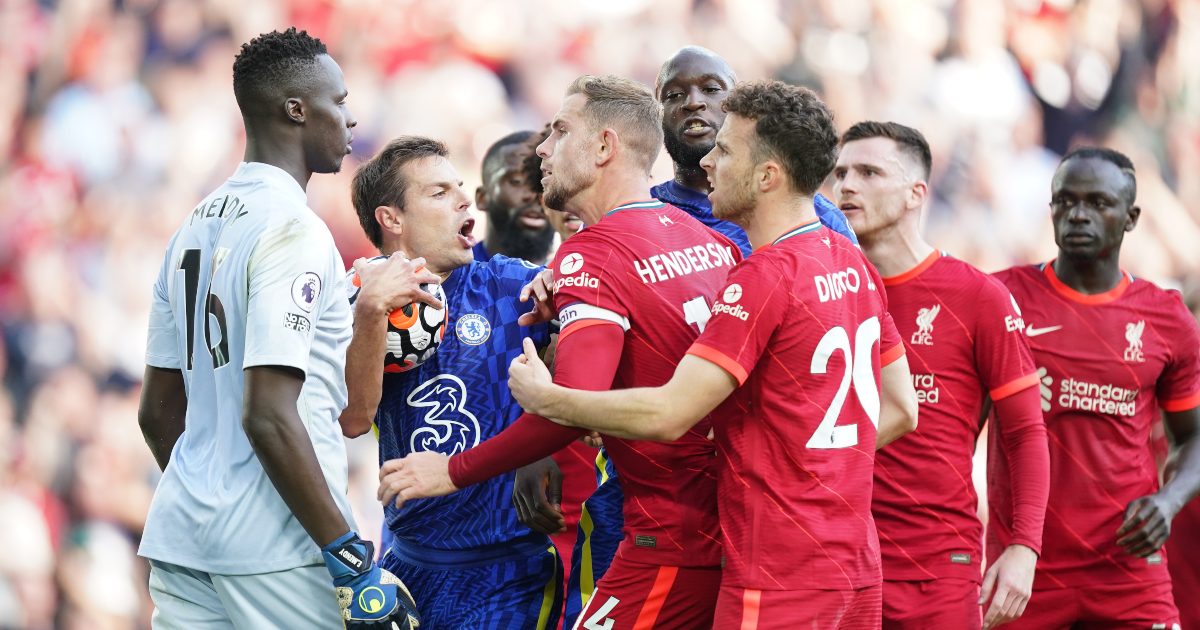 The reaction to Liverpool’s tribe getting back together again has been somewhat underwhelming. It is lovely to have Virgil Van Dijk back, of course. Still looks like a Rolls Royce revving up to full speed. Joe Gomez? Nice to see him for about a minute v Burnley. Joel Matip? Good gallop while it lasts, but let’s not expect him to jump too many before going lame.

While their rivals have strengthened and flexed their financial muscle with power signings, the narrative is that the Reds have gone down their rabbit hole of tight group depth rather than the (closed shop) bank of FSG. New faces are not the thing these days at Anfield; it’s more a case of trying to recreate existing signings within the camp, trying to resuscitate rusty engines or pick ‘sensational’ youngsters over proven internationals.

As Klopp said at his weekend press conference: “Ox has a dynamic that you cannot buy in the market at the moment.” Don’t laugh. He meant it. Harvey Elliott is old enough to drive a car so he’s old enough to play in Liverpool’s first team. Nobody complained when Michael Owen came along…

Chelsea are riding the wave Liverpool were surfing in 2019 – Champions League and Super Cup winners and ready to go all out to get that title. Manchester United are swinging with old friends and new firepower. Manchester City are gearing up their domestic hoover. It’s not that the Reds are a team of dockers against Monaco yacht-brokers but you get the point; their fuel contains a different energy. Anfield is a fury no-one else possesses. The fortress is weaponised again. But can the same troops hit the bullseye over and over again?

When Liverpool needed to unlock Chelsea on Saturday evening, they ran into the Great Wall. Having knocked out Kevin De Bruyne in Porto, this was bar brawl, rough-house Antonio Rudiger at his best. Chelsea were not backing down. The Reds did not have the quality/creativity/cunning (delete as appropriate) to break through. Did the manager need his glasses to see something else was required?

Klopp loves the hand fight as much as anyone but the worry is that his team are Liverpool Lite. Unable to crush all enemies with superior artillery, he was asked whether there was any worry over the lack of transfer activities: “Being ambitious in this league means you have to be ready to get some knocks, to get some punches here and there, you just have to get up and go again. Obviously at this moment nobody thinks that we are the best team in the world. Good. But we still want to beat the best teams…let’s give it a try.” Give it a try? This was the best team in the world two years ago…

Can you see the dichotomy with restoring Liverpool to their perch when what makes him tick is outmanoeuvring and outwitting those who possess superior resources? Klopp was never interested in being the best team. Only beating the best team. FSG have a ready-made excuse not to invest squillions.

All the value of Klopp’s work – to get Liverpool to this point where fans have turned from doubters to demanders – is being overshadowed by the constant perception at being in the queue at the Lidl supermarket. The other members of the VIP club are maxing out on their luxury credit cards. Is it a fair criticism? Quite possibly. Does it also miss the point of what Klopp’s Liverpool are all about? Quite possibly.

Reds fans have been waiting 30 years for what they wanted. They got it. The sense of joy was tinged with some regret that a global pandemic punctured the roll. Liverpool were a powerhouse back then, having lost two out of 70 league games at one point. Season 2020/21 was the lousiest follow-up since Jaws 2. The Reds had no bite and they certainly didn’t clear the beaches with any big signings during last summer either. There have been rumblings that this is not the behaviour of a  title-winning machine.

Keeping up with the Joneses is the compare and contrast model that always leaves you wanting more. And Liverpool fans don’t mean Curtis. Looking over the garden fence at the neighbours won’t help. There are still some gifts within Melwood that haven’t quite made it out of the wrapping paper yet. Thiago anyone? Konate. Even Keita might come good now. Maybe.

Liverpool’s armoury will always be in their collective. To push and press until the bitter end. The worry is that the burden will fall on familiar faces to carry the team up the mountain again. When Dortmund manager JK said: “People have climbed Mount Everest before and had to turn around 10m from the top, but at least they’ve tried.” Is this the spirit that still takes Liverpool past that great wall when bones are creaking? We shall see.