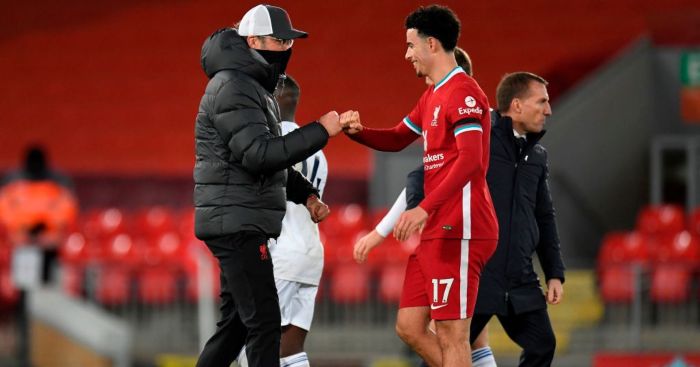 Emile Heskey thinks Liverpool boss Jurgen Klopp is different “to other coaches” in the way he gives young players a chance.

Injuries to key players such as Virgil van Dijk, Joe Gomez and Thiago Alcantara has seen Klopp place faith in Liverpool youngsters like Curtis Jones, Neco Williams and Nathaniel Phillips in some matches.

And Heskey thinks it’s the German coach’s ability to integrate youngsters into the first team without fear that separates him from other managers.

“That (using youngsters) is the German philosophy. You can see that in the Bundesliga,” Heskey told t-online (via Sport Witness).

“There are always young players who are ready to give everything for the club. Klopp gives these talents trust and commitment.

“In central defence, he is currently forced to use young players, but it gives them the confidence that they can do it.

“That’s the difference to other coaches. Because in England, coaches are usually only ten bad games away from being fired.

“They prefer not to take any risks and not rely on young talents who may still make mistakes.”