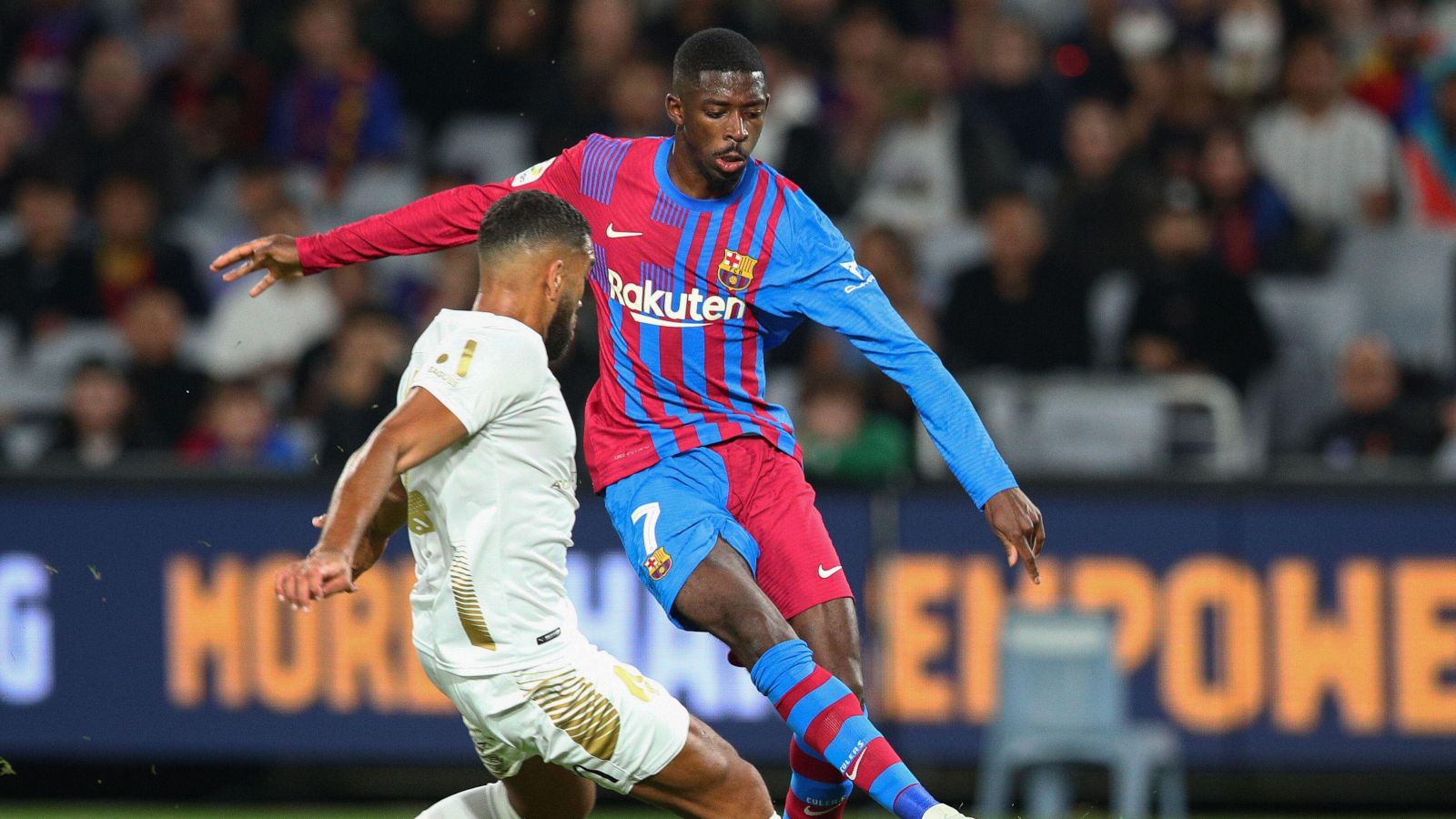 According to reports, Liverpool have ‘entered the bidding’ for FC Barcelona attacker Ousmane Dembele.

The 25-year-old made the move to Barcelona in 2017 from Borussia Dortmund for £89m plus add-ons.

He has been plagued by injuries during his time playing for the Spanish giants.

Dembele was heavily linked with a move away from Barcelona in January. His contract is due to expire in June and he is yet to agree an extension.

Spanish outlet Sport are reporting that Dembele ‘still has not cleared up his future’.

It is being reported that Liverpool have ‘contacted the footballer’s entourage to sound out his options’.

The Reds signing Dembele is described as a ‘good market opportunity’. It is claimed that Liverpool are ‘going to remodel their offensive plot’.

To do this, they have ‘entered the bidding’ for the winger along with Chelsea and Barcelona, who are still keen to keep him.

“I believe Ibrahima Konate will get the nod as he’s better equipped to deal with Benzema and Vinicius due to his pace and strength,” Merson told Sportskeeda.

“Joel Matip is a fantastic player in his own right and is arguably the best at playing out from the back among the Liverpool center-backs, but stylistically, Konate is a better fit for this game.

If Thiago Alcantara is not fit enough to start, I think Klopp could turn to the experience of James Milner ahead of Naby Keita. The Englishman plays it safe and gives a lot more without the ball than Keita, which could swing the argument in his favor. Thiago has to play this game as Liverpool don’t have a player like him and he’s enjoying his best spell at the club since joining in 2020.

“Keeping in mind all the comebacks Real Madrid have pulled off in Europe this season, this is probably a bold call but the team that scores first will win this game. In terms of game management, Ancelotti’s side have a lot of experience in the competition and could use every trick in the book to emerge victorious.”