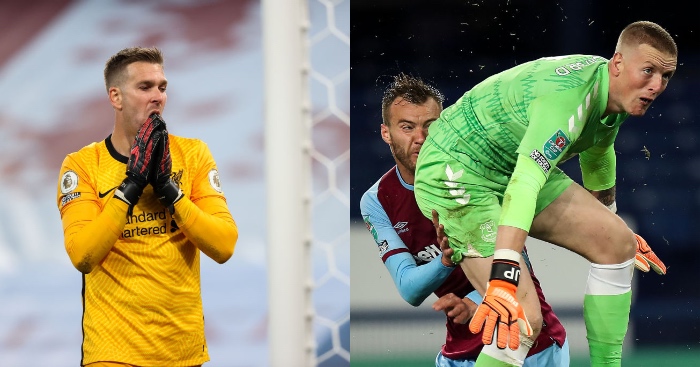 The days are getting shorter. Our patience is wearing thin. It has been a long orbit in the international space station. Two weeks without club football is like a circuit breaker that trips every time Harry Maguire steps out of defence.

Now Project Re: Restart is back, we can pay our £14.95 to watch Premier League games to pass the time before the next round of Euro trips in mid-November. Ever decreasing returns, eh?

There were some highlights in the flat beer of the Octoberfest fortnight. We were handed a simultaneous triple cocktail of Euro 20/21 penalty shootouts that saw the Scots and Northern Irish go through. Meanwhile, a deflected Mason Mount goal gave Gareth Southgate’s conservatives a victory over the libertarian Roberto Martinez in the *“most senseless competition in the world”. (*Source: Klopp, Jurgen Oct ’18) . The lesser-spotted Grealish even come out to play his individual notes against Wales before being stuffed back in the Jack-in-the-box for the grown-up games.

One ‘good news’ story emerged on Merseyside which was a damn sight more appealing than a Tier 3 lockdown. An 11-year-old boy wrote to Klopp about his anxiety of starting secondary school. No reply was expected. It’s not as if we are still in the midst of a pandemic. However, the Liverpool boss is a man of the people in the real sense of the word/world, and wrote back citing how bad things can turn into good things. Klopp said: “I would be worried if I didn’t get nervous because it gives me the chance to turn that energy into something positive.”

Jurgen does not have to wait too long to feel nervous. Saturday lunchtime sees a clash between his champions and Carlo Ancelotti’s table-topping Toffees who are moving through the gears very nicely with four wins on the bounce. All of this, despite their goalkeeper bouncing around with a surplus energy that appears to be from the Trump prescription desk. IF, and it’s a big IF, Jordan Pickford can remain calm and the Liverpool back line is destabilised once more, this might just represent Everton’s best chance of beating their rivals for the first time in a decade.

Of course, Liverpool conceded seven a fortnight ago. Manchester United conceded six. Manchester City conceded five the previous week. Goalkeepers are overworked and under strain as the goal glut continues. The problem with Adrian and Pickford is that they do not possess the ice-cool veneer of a Manuel Neuer sneer. They are high visibility custodians who don’t do things quietly. Their constant need for involvement provides ample opportunities for extra errors. See Pickford on Wednesday night when he could have stayed at home and let Kyle Walker take all the flak. If, as Iker Casillas says, “calm and personality must go hand in hand in a goalkeeper”, then both need a crash course in mindfulness.

Adrian wears the number 13, of course, which is the number he could have conceded two weeks ago due to the catastrophic failing of Liverpool’s high press and his own distribution being as dodgy as Test, Track and Trace. With every goal conceded, he shrunk further back into his shirt. His goalkeeping pants and general presence had the air of an almost fortysomething Gabor Kiraly during his Fulham days.

When he made that fatal error against Atletico in the last days of ye olde football with fans, Klopp said: “We will not blame Adrian. We will help him with that, but I don’t think he needs it, to be honest.” The German is a fantastic man manager, and the Spaniard will not wilt because of his personality. However, it disconnected the trust between fans and player in a way that is problematic given Alisson may well be out for some time. The credit of his Istanbul heroics against Chelsea was always a bit paper-thin.

On the other hand, Pickford has been getting away with his not inconsiderable howlers against Brighton and Fleetwood because Everton are scoring more goals than their opponents. Very handy but not a sustainable model. As Peter Schmeichel noted: “He probably feels like he’s got to show the world all the time that he is the best, and by trying to show the world, that’s where all the big mistakes come from: you’re trying to come for a cross you’ve got no chance of reaching.” Actually, it’s the agitation that seeps in with Pickford. Has he left the oven on at home? His over-alertness would set off street security alarms constantly in the night.

The 26-year-old has time on his side but has battled against a dip in form ever since he came back from Russia a semi-hero. He is a rollercoaster goalkeeper with a mouth that gets him into trouble with fans and a tendency to bite back against the omnipresent press. Over time, Ancelotti can take out the power keg, but for now it’s an explosion waiting to happen.

The last three Goodison games have ended in a goalless draw. Surely not this one. Surely not. Goals will be seen. Goalkeepers need to be serene. Whoever manages will be on the winning side.