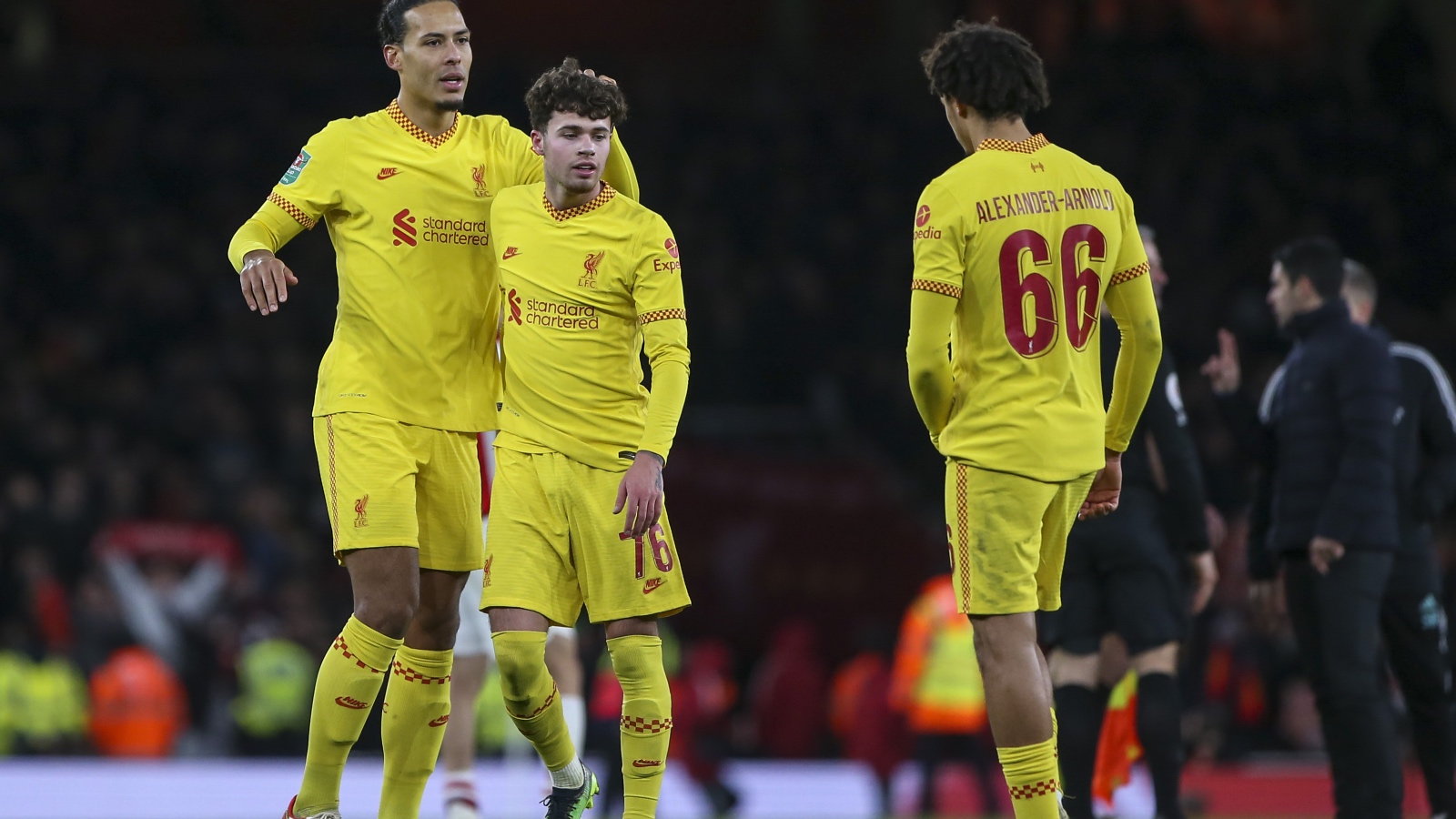 Liverpool are willing to let Welsh international Neco Williams go out on loan next season so that he can play regular football ahead of the World Cup in Qatar, according to reports.

Williams, 21, spent the second half of last season on loan at Fulham, where he performed impressively in a side that would go on to win the Championship.

The youngster has struggled for game-time at Liverpool, where Trent Alexander-Arnold is currently undroppable in the right-back position. As a result, the club are prepared to negotiate a loan deal for Williams next season, according to the Mirror, to get him up to speed ahead of this winter’s World Cup.

Williams has become a fixture of Rob Page’s Wales side and is expected to start in their group games against England, Qatar and the USA, having started in the qualifier win over Ukraine earlier this month.

Speaking after that game, the full-back said: “It’s been a long campaign. Lots of confusion, rescheduled games, and of course the final was put back because of the situation in Ukraine.

“It was difficult to wait, but you know as players that anything can happen in football. That sums up the spirit of the squad 100 per cent. It was just relief at the end.

“It was like walking downstairs when you’re a kid at Christmas and seeing all the presents. Just an unbelievable feeling that is difficult to put into words. I need a few days to sit down and think about it.”

Williams will not be short of suitors when he assesses his options this summer, with Premier League newcomers Fulham and Nottingham Forest both expressing a keen desire to add him to their ranks.

Williams already has experience at Craven Cottage while with Forest, he has the connection with Steve Cooper, his former Liverpool academy coach.

Forest are in need of a new right-back after the return of Djed Spence to his parent club, Middlesbrough. The Reds have explored the possibility of signing Spence on a permanent basis but the 21-year-old looks set to sign for Tottenham Hotspur, with a £20m deal having reportedly been agreed.