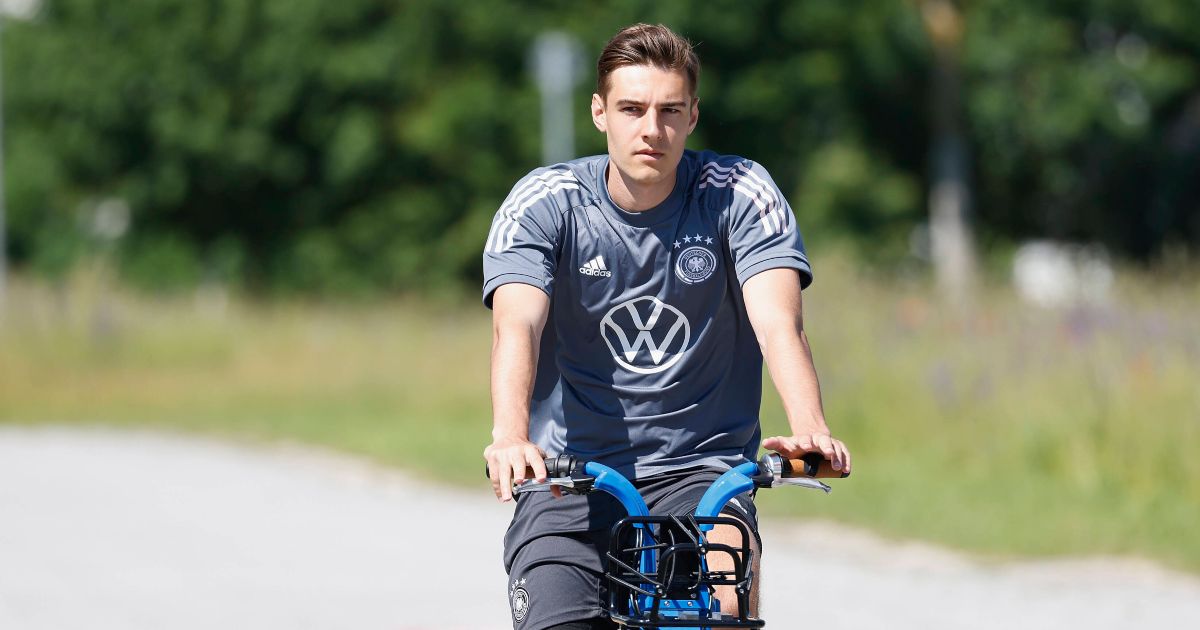 Liverpool are ready to step up their interest in Borussia Moenchengladbach midfielder Florian Neuhaus, according to reports in Germany.

This season he has scored six goals and chipped in with six assists as the German outfit finished eighth in the Bundesliga.

Jurgen Klopp is reportedly on the lookout for a midfielder to replace Georginio Wijnaldum at Anfield with the Dutchman joining Paris Saint-Germain when his Liverpool contract expires at the end of this month.

Wijnaldum had been a key cog in Klopp’s midfield with Liverpool winning a Premier League and Champions League over the last three seasons.

A recent report claimed Klopp plans on playing Thiago Alcantara further forward this season but a new midfielder is still top of the club’s recruitment list.

And now Sport 1 reporter Florian Plettenberg claims that Liverpool is ‘definitely a highly interesting option for’ Neuhaus and a ‘concrete offer for him is expected’ from the Reds shortly.

Any deal is, of course, ‘up to Klopp’ and that any ‘decision on his future will be made after the Euros’ with Neuhaus representing Germany at the summer tournament.

Meanwhile, speaking in May, former Liverpool striker Emile Heskey told HITC that the midfielder would “suit” the Reds.