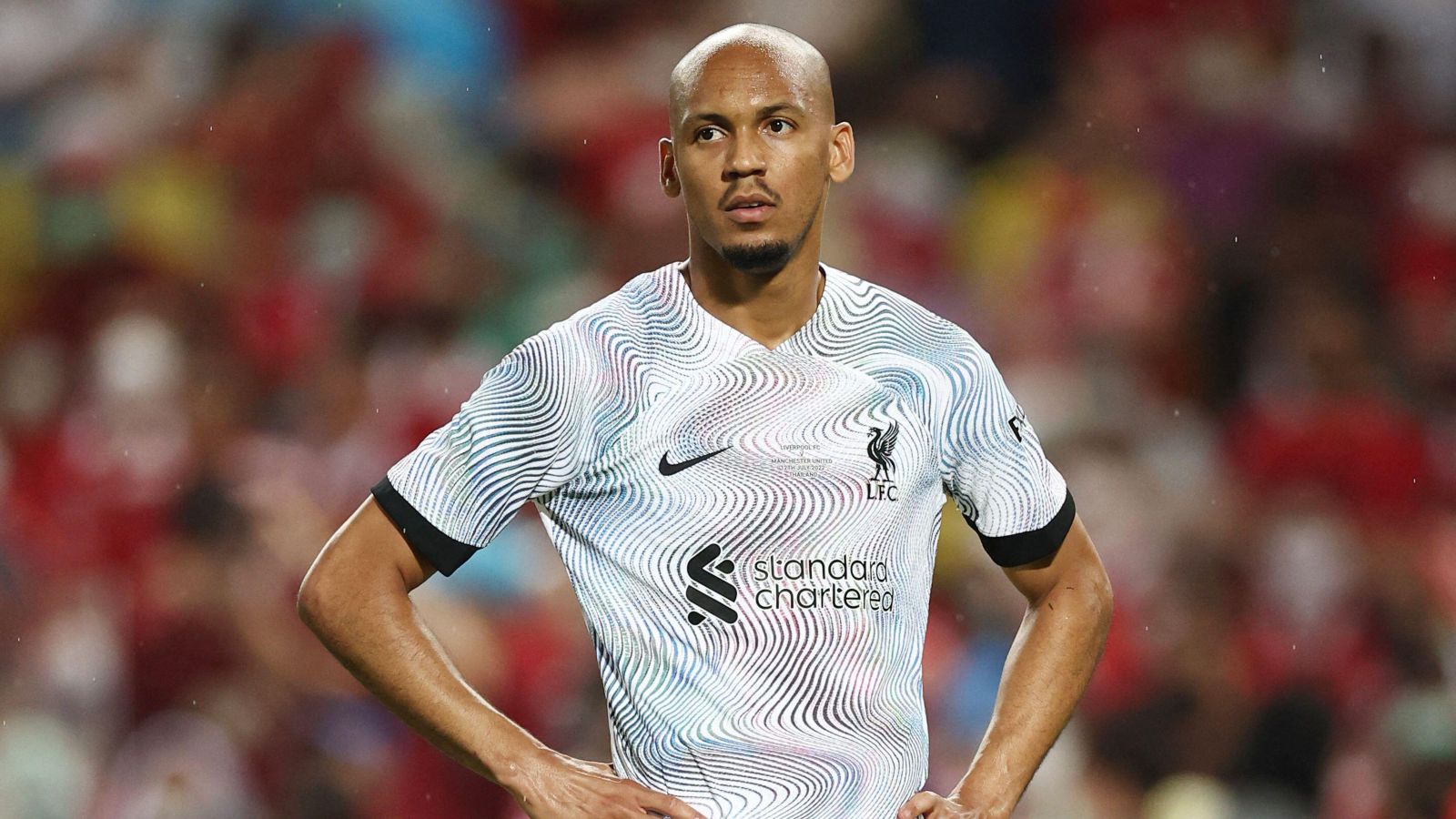 Liverpool midfielder Fabinho thinks the Premier League will be at a “really good level this season” after being impressed by summer business.

The majority of the ‘Big Six’ appear to have strengthened this summer with the race for a top four position harder than ever to call.

Man City and Liverpool have both strengthened their forward lines with the arrivals of Erling Haaland and Darwin Nunez respectively, although the Reds did lose Sadio Mane.

Tottenham. Arsenal and Chelsea have all done some impressive business too and it’s looks set to be an exciting season.

From the ‘Big Six’ sides, Fabinho only left out Man Utd when talking about the race at the top of the Premier League this coming season.

“Man City are obviously the favourites and it’s tough to fight against them to win the Prem,” the Liverpool midfielder told The Athletic.

“You can play one of your best seasons like we did, score more than 90 points and it still doesn’t mean you win the title. We know that if we want to win it we’ll need to be almost perfect.

“City are always buying new players, always reinforcing their team. This summer was no different with Haaland joining them. I think it will be a really good battle with them, but not just them.

“Tottenham have bought some good players, Arsenal too with Gabriel Jesus going there, Chelsea too.

“Everyone has been reinforcing because everyone wants to beat City. That means the Premier League will be at a really good level this season.”

Meanwhile, Paul Merson recently expressed his concerns that Liverpool could still be a midfielder short of winning the Premier League title this season.

The former Arsenal midfielder told Sportskeeda: “I think Liverpool are crying out for a midfield player. I don’t think their midfield is strong enough. Jude Bellingham is a good player, and I think he would be a great signing.

“Liverpool are currently relying solely on their full-backs for energy. Thiago’s not a box-to-box midfielder, and Jordan Henderson is another year older. They need legs in midfield, and Jude Bellingham could be that box-to-box presence for the side.

“I like Fabio Carvalho. I don’t know how many games he’ll play or whether he’ll start, but he’s one for the future. He’ll have to be patient and take his chances in cup games for Liverpool this year.

“They’re taking a big chance by letting Sadio Mane leave the club. He’s scored big goals for Liverpool. If Darwin Nunez doesn’t settle in quickly, Liverpool’s title race could be over in a New York minute! They came back and closed the gap with City last season, but they still didn’t win the Premier League, did they?

“Both Liverpool and Nunez need to hit the ground running in August. The other teams didn’t know Luis Diaz when he first joined Liverpool – they’ll have plans in place to stop him now. I’m a bit worried for Liverpool at the moment.”