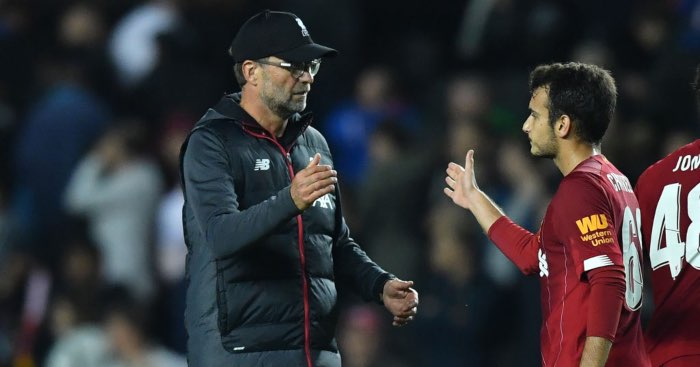 Spanish midfielder Pedro Chirivella is the Liverpool player at the centre of an EFL investigation that could see the Reds kicked out of the Carabao Cup .

The 22-year-old signed for the Liverpool academy from Valencia in 2013, and made his debut under Brendan Rodgers in a 1-1 Europa League draw with Bordeaux in 2015.

Wednesday’s appearance from the bench was his first outing for Liverpool’s first-team since a 3-1 defeat at Swansea in May 2016.

The Athletic’s James Pearce says Liverpool’s ‘continued involvement in this season’s Carabao Cup is now in doubt’ if they are found guilty.

A club spokesperson said: “The club are aware of a potential administrative issue pertaining to one of our players.

“We are working with the relevant authorities in order to establish the facts of the matter and will be making no further comment until this process is complete.”

The EFL added that: “We are currently considering the matter.”

Even if found guilty of fielding Pedro Chirivella, Liverpool feel ‘they have strong mitigation’ in the precedent set by Sunderland in 2014. When the Black Cats played Ji Dong-Won against MK Dons in the second round five years ago, the striker had not gained international clearance. They were fined rather than kicked out of hte competition.