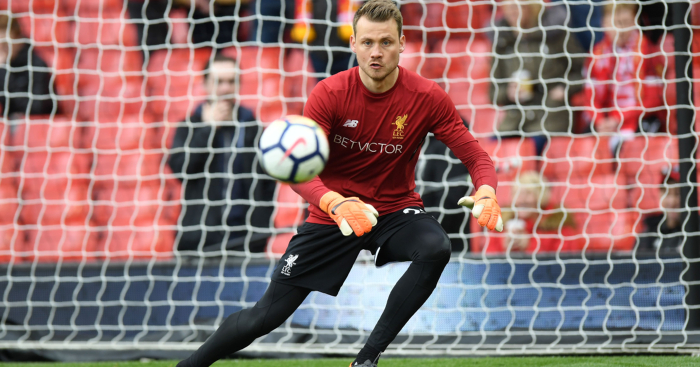 Liverpool will reportedly have to lower their £12million asking price for Simon Mignolet or sanction a loan move ahead of the new season.

Mignolet is surplus to requirements at Anfield after losing his place last season to Loris Karius, who in turn has been usurped as No.1 by the £65million arrival of Alisson.

The Reds are reportedly willing to cash in on both Mignolet and Karius, having already sold Danny Ward to Leicester for £12.5million.

According to the Liverpool Echo, the club are looking for a similar fee for Belgium international Mignolet but no club yet has shown they are willing to match their valuation.

Barcelona have been linked with a move for the 30-year-old but the Echo claims the La Liga champions have yet to make any contact with the keeper’s representatives.

Besiktas are also keen on Mignolet but the Turkish club would prefer a season-long loan deal.

As it stands, Mignolet will return to Melwood to start pre-season training with the Reds on Sunday.