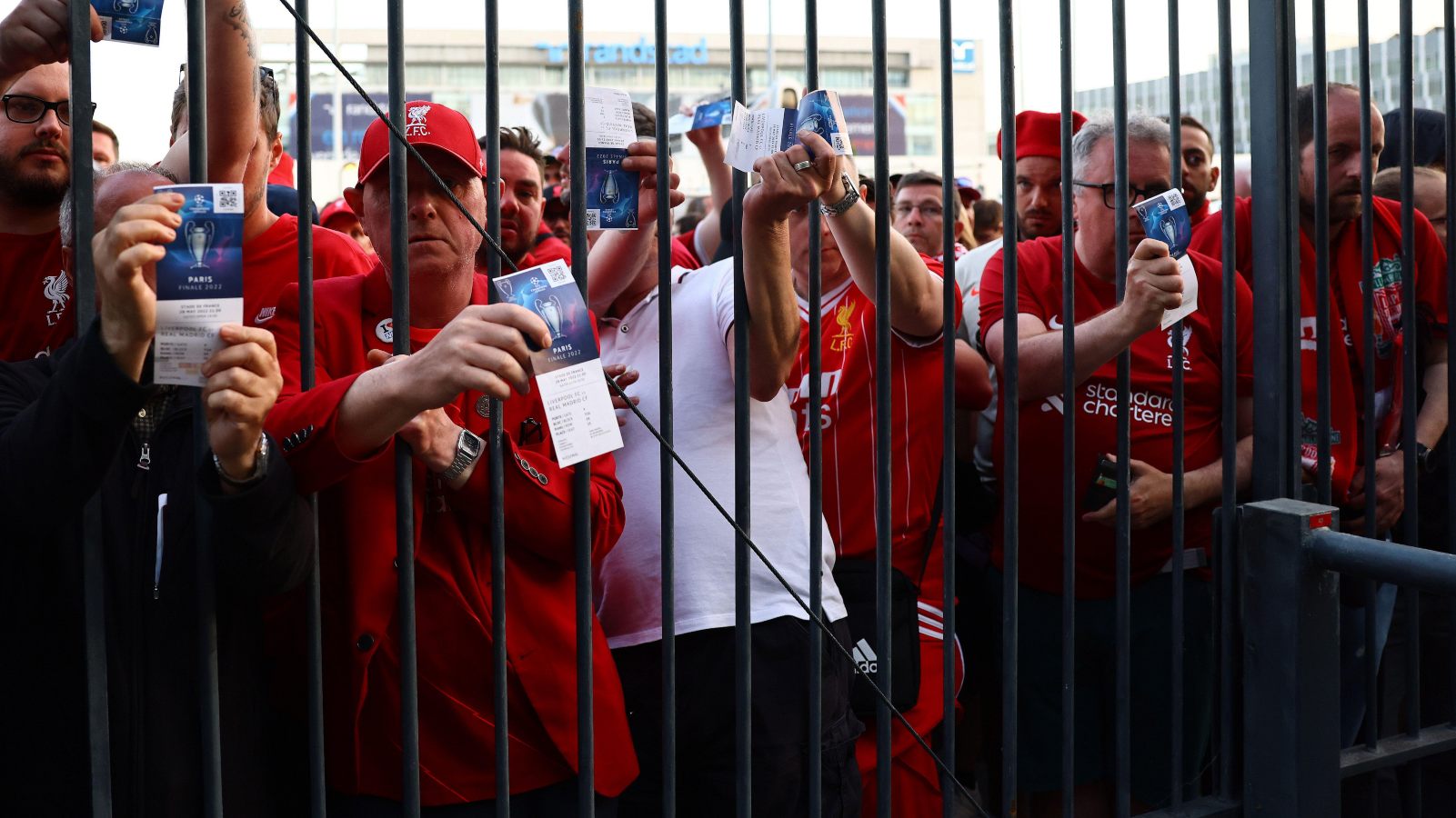 France’s national stadium stepped in to host the showpiece after St Petersburg was stripped of the final in the wake of Russia’s invasion of Ukraine.

Liverpool have called for a thorough investigation into the chaotic scenes outside the Stade de France which led to their Champions League final against Real Madrid being delayed.

France’s national stadium stepped in to host the showpiece after St Petersburg was stripped of the final in the wake of Russia’s invasion of Ukraine.

However, there were shambolic scenes outside the ground in the hours before the match which led to kick-off being delayed by over 30 minutes as fans struggled to gain access.

Liverpool eventually lost 1-0 to the Spanish side, thanks to Vinicius Junior’s second-half goal.

Riot police were in attendance before the game with tear gas being used, while supporters were seen up against the fence shouting at people to sort the situation out and let them in.

At least one gate was locked outside the ground – Gate Y, which was the main one for the Liverpool end.

UEFA initially said the delay was due to the “late arrival of fans” but Liverpool furiously denied those claims as “totally inaccurate”.

A club spokesperson said: “We are hugely disappointed at the stadium entry issues and breakdown of the security perimeter that Liverpool fans faced this evening at the Stade de France.

“This is the greatest match in European football and supporters should not have to experience the scenes we have witnessed tonight.

“We have officially requested a formal investigation into the causes of these unacceptable issues.”

Liverpool: What they need this summer, and how likely they are to get it

UEFA released its own a statement in response to the events, blaming the issues on “fake tickets”.

It read: “In the lead-up to the game, the turnstiles at the Liverpool end became blocked by thousands fans who had purchased fake tickets which did not work in the turnstiles.

“This created a build-up of fans trying to get in. As a result, the kick-off was delayed by 35 minutes to allow as many fans as possible with genuine tickets to gain access.

“As numbers outside the stadium continued to build up after kick-off, the police dispersed them with tear gas and forced them away from the stadium.

“UEFA is sympathetic to those affected by these events and will further review these matters urgently together with the French police and authorities, and with the French Football Federation.”

This was the third time that the Stade de France had hosted the Champions League final but there seemed a distinct lack of organisation around this occasion.

With long queues still forming outside and large patches of empty seats visible inside the ground, the stadium announcer confirmed at 8.46pm local time – 14 minutes before kick-off – that the fixture had been delayed until 9.15pm.

Two further delays meant the showpiece finally got under way locally at 9.36pm, allowing singer Camila Cabello to perform her set as part of the opening ceremony at a ground where a number of fans still had not made their way in.

Some ticketless supporters were also seen scaling the perimeter fence or attempting to dart past security.

“No way in, no way of knowing which way to go. Stay safe if you’re heading in. It has the potential to be very dangerous.”