Home Mailbox Liverpool fans are the luckiest in the world, bad for city if Everton go down 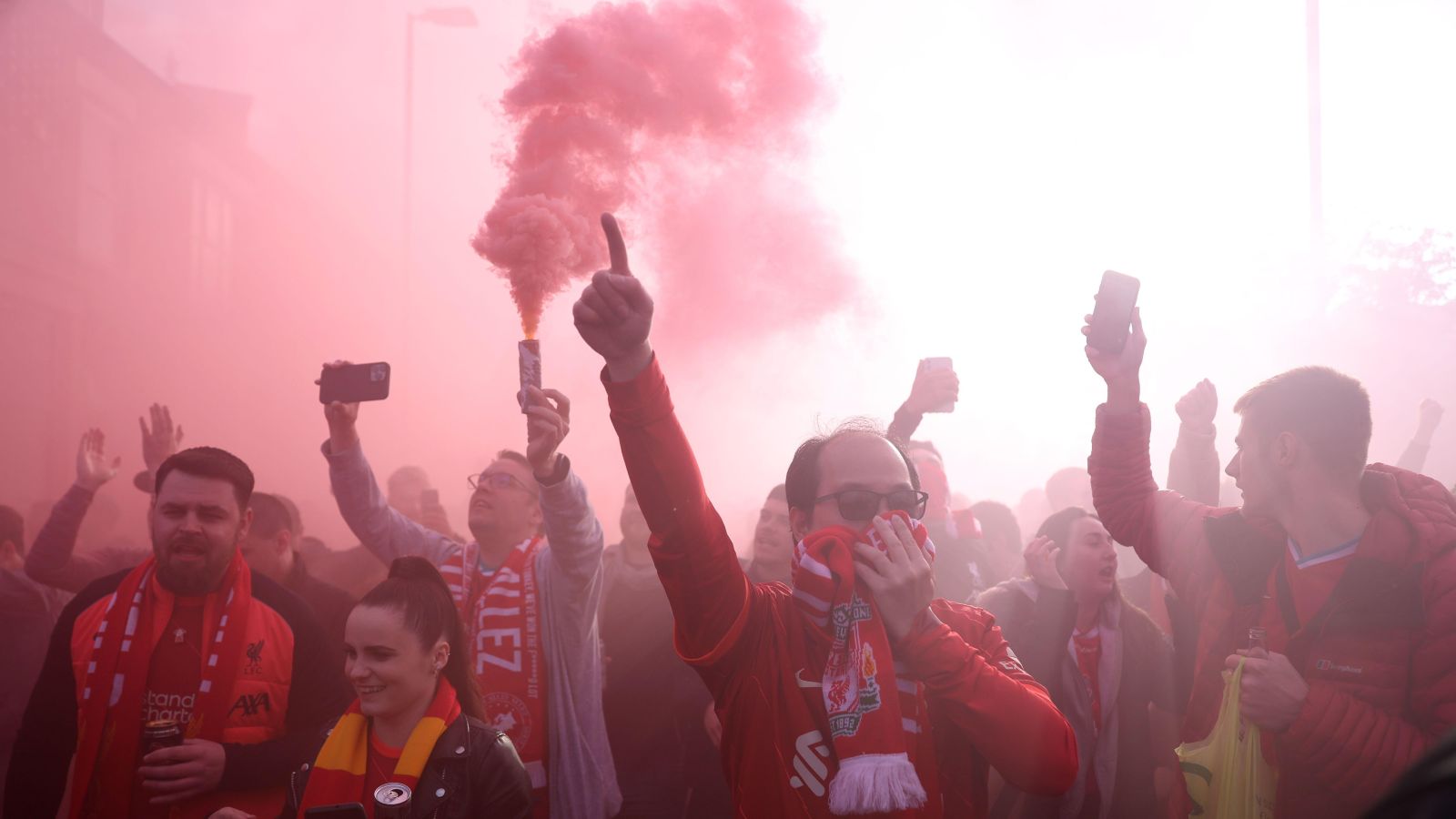 Are Liverpool fans the luckiest in the world? Plus, Everton relegation would be bad for the city, Tottenham without Son Heung-min or Harry Kane and more…

Liverpool fans are the luckiest in the world
So, here we are, at the start of May, and (as you may have heard), Liverpool are still in with a shout of an unprecedented quadruple. Literally no-one has been in this position before in the history of English football. Yesterday was our 42nd win of the season, equalling a club record, and should we reach win number 45, that will be a new record in the English game. And that win was just about as comfortable a one-nil win that you are likely to see, against a team that has won its last six games at home, and on form, are one of the best teams in England right now. With five changes, resting players like Alexander-Arnold, Fabinho, Thiago and Salah (although three of them did get a run out eventually).

When Klopp took over, the squad he inherited was maybe a top eight squad. And in six and a half years, he has now developed a squad that is literally World class, on a net budget of a little over £100m. I know that lots of people get weirdly bent out of shape by the mention of net spend, but it’s very relevant here, because Liverpool’s owners were never going to spank half a billion on players. That this net spend is, relatively speaking, so low, is a testament to how well the club has been run in the last few years. Dominic Solanke + Jordon Ibe + Danny Ward + Mamadou Sakho + Rhian Brewster = £96m, or to put it another way these sales roughly equal Salah (arguably best player in the World), Fabinho (arguably best defensive midfielder in the World and Andy Robertson (arguably best left back in the World). You’ll have to forgive me for a little cherry picking there.

Klopp has not built a team with this £100m; he’s built a squad, one where he can chop and change, and whoever comes in slots in near perfectly to the system. This is his real genius, the fact that he has built a spirit and a level of excellence that is probably unmatched in World football right now. What do you think would have become of Andy Robertson if he hadn’t signed for Liverpool? Would he be lauded as one of the best players in his position in World football and Scotland captain, or would he have been on the path to be perfectly decent journeyman, having a career that most of us could only dream of, that would have been ultimately been unremarkable? We’ll never know, but I am sure he understands the debt he owes to Klopp.

Anyway, we probably won’t win the quadruple, let’s be realistic. City seem unlikely to drop points in their remaining four games, and even if they do, it’s not a banker that Liverpool will win their games. Who knows what kind of Spurs will turn up next week, for instance? A Champions League final berth seems likely as I type, but a final is a one off, and as such, is entirely unpredictable. The same can be said about our next trip to Wembley.

So it is entirely feasible that for all the promises and dreams that this season has that it will ultimately be underwhelming from a trophy perspective, and if that does happen, the ABLs (and even the non ABLs, because I think it’s only really Liverpool fans that want us to win all four, because let’s face it, if we do we will be insufferable) will be queueing up to crow, and we’ll just have to take that on the chin, because it’s the nature of sport.

But make no mistake, literally every single one of them – perhaps City fans aside (but only perhaps) – would swap places with us in a heartbeat.

Success and failure are just imposters (thanks to Rudyard for that) – they are fleeting moments on a long journey – and personally, I believe that this journey is more important than a temporary destination. Much more important. I support a team (albeit plastically, from a different country now) that has given me unfettered joy and thrills for the last four years, and what we have experienced as a disparate collective has been incredible. The drama has been constant. Christ, even when the wheels came off they came off like they had never come off before, and we still managed to manufacture something out of the season that has been integral to this one.

Liverpool fans are the luckiest fans in the World, and that’s a hill I will happily die on.
Mat (bring on the naysayers, it’s all a part of the ride)

But even if he isn’t.. Given his latest attempt to jump to the front of the queue for whomever is getting a kicking that week (Frank Lampard) and his love for telling fans of every other team what to feel/think/dream/eat/drink, I look forward greatly to hearing his thoughts on this afternoon’s game at Goodison.

My own opinions on Everton are irrelevant. I’m just an Irish Liverpool fan. But I don’t enjoy the glee being taken by some fellow fans in the prospect of their relegation. I firmly believe that the best thing for Liverpool as a city would be to have 2 successful Premier League clubs. Times are hard enough and Everton going down takes jobs with it no doubt. And anyway, LFC should back themselves to always be top dogs.

If Manchester can have two, why not Liverpool?

Harry and Heung-min are good
Spurs are interesting. They have 2 world class elite players in Son and Kane. They would get into every other team on the planet, more or less. Very few other teams in the world can claim to possess 2 players of that high quality.

The gap between them and the rest of Spurs’ squad is enormous. Without these two Tottenham would finish in the lower half of the league.

Spurs fans should be extremely grateful to have these immense talents playing for them.
Joel

P.S. I would kill for Rob Holding’s new hairline.

Ivan the terribly happy
I just read the article on Ivan and thought I’d add my own thoughts. I saw Ivan play at Fratton Park a few times for Peterborough and he’s one of a very few footballers outside my own team I have genuine warmth for. As well as being a tremendous player he always played with a smile on his face and looked like he was enjoying himself and would banter with opposition fans. I know it’s effectively just a high pressure job but he made a refreshing change.

The other player who always looked similarly happy playing is Ade Akinfenwa, proper legend, and sadly missed now he’s hung up his boots. Even warming up on the touchline he was a ray of of sunshine in many dull afternoons watching Wycombe waste time from the first minute, all the best fella, league 1 is a poorer place without you.
Mark (f*ck me he’s a big lad though)

Don’t take your eyes off the ball…
Mike, from London, an LFC supporter wrote in, saying the Europa league fight-for-places was the banana peel on city’s march to the title – West Ham. I laugh. The concern from Liverpool fans as to where and when City can falter is ridiculous. Be very worried about a Tottenham side, very much in the battle for 4th place, coming to Anfield. They can steal a point, or do a “city” on you! And end the race quickly.

I believe that match to be the most difficult of matches remaining for either City or Liverpool. City going out (surprisingly) of the champions league this week at the hands of Real Madrid will also make the dream of winning the title next to impossible. I don’t believe they’d want to mess up a straight lane now (pisff! doing the same thing I’m accusing Reds fans of?)
Isaac

Poor Stewie
You have to feel sorry for poor old Stewie, you just know that he has his latest diatribe listing Arsenal’s failings and how we should have stuck with a manager who he himself chastised in previous missives, or how clubs x and y are far superior all ready to go, but against the odds they’ve won their last three games, don’t worry Stewie, I’m sure they’ll lose against Leeds to send you into a frenzy.
Andrew Goonerabroad Brown

16 conclusions…
Seriously, you didn’t do a 16 Conclusions piece on the Palace v Chelsea semi-final at Wembley (but did the other semi) and yet, when I open my laptop today and click on F365 there, right at the top, is 16 Conclusions on – wait for it – West Ham v Arsenal???