Home Liverpool Liverpool fans split on whether this is their year… 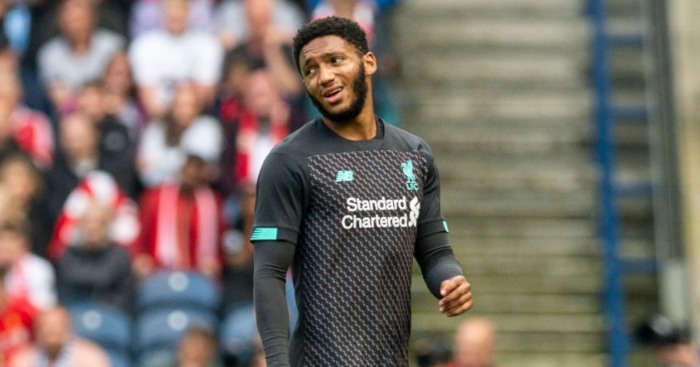 This will not be Liverpool’s year
Following on from what Tom and Minty said yesterday.

I watched the friendly with Napoli yesterday and Klopp played (minus Allison) what might well be his starting XI in the Community Shield.

Now I’m old enough (60) to know that you can’t take friendly results into consideration however that performance, regardless of the result was abysmal.

It is possible that we may get Salah and Bobby back to play some part in the CS and hopefully for the game against Norwich.

Mane may come in a week or two later.

But if any of those three get injured for long periods of time we are totally f***ed.

Origi is nowhere near good enough for a team looking to chase honors.

He doesn’t track back and can’t win a tackle.

Yes he scored some vital goals for us last year, most of which were tap ins, but he missed an absolute sitter yesterday.

As much as I think we have a lot of potential with the kids coming through we can’t depend on unproven youngsters coming in and putting in 20-goal performances and Origi certainly won’t do it.

The Ox may well recover from his injury back to the performance level he had before it, but Lallana looks done and Milner is another year older.

If we don’t strengthen our squad in some way (creative midfielder and/or solid back up striker) I think we will be fighting for a CL spot next year and definitely no closer to winning the league.
Neil, LFC, Malta

I wanted to know what Klopp sees in this current Liverpool squad that makes it league champions this coming season.

When Klopp’s Borussia Dortmund won their first Bundesliga title back in 2010-2011 here are their key additions to the squad that finished 5th.

If you compare it to the new Liverpool players that are coming/returning.

And if you’ll include the Gomez and Keita, we are STACKED. Even if we sign new players they will just warm the bench.

In conclusion, there’s really nothing to panic about. The needed contributions from new players can be easily provided by this current squad. We’ve done the needed transfers last year and it’s time to win no. 19. YNWA.
Socparty, PH

…In reply to those implying that three players from the first XI coming back from a year/near year out (Oxlade Chamberlain/Joe Gomez/Naby Keita), 5-10 games in a new position for a senior further down the pecking order originally (Lallana #6) and two of the brightest young British talents finally being blooded in (Wilson + Brewster) leaves Liverpool shorter than last season and completely unable to compete on two more fronts than last season, because a crooked Sturridge and perennial bench comedian Moreno have gone (gonna miss them as people, don’t get me wrong)…

How much has everyone else improved? Has every team added that level of quality, whilst doing the reverse of upsetting the apple cart? In fact revitalising the squad with natural competition and not the completely back-handed compliment that is ”you’re all good enough but we also bought someone for your position”.

When will people realise Klopp’s got it right so far, and imagine that they *might* not be fairly weighing all the context as FSG and the staff may have?

When will people manage to work out the famously draining conundrum of knowing being patient brought a new era of glory AND not denouncing it at every turn?

This determination to hate throwing millions around whilst literally demanding it, berating the FA for our national team whilst asking ex-failures (yes, Coutinho was a failure in Klopp’s team, throw whatever stat you want at me and I’ll point you to the %’s behind them) to come in and take game time from our best young players? at a cost, and a wage that would disrupt the current (working) model.

Have faith or don’t.
Jacob, LFC

…My question to those slating Liverpool’s transfer activity is: Who would you buy? I’d like to see an attacking midfielder and a centre back BUT… with the current market who could we buy that would be guaranteed to be better than who we already have? Maguire at 80mil? Is he any better than Gomes or Matip? An attacking midfielder? Pepe for 70mil, Coutinho for £120 mil? Or would you trust that the Ox can get to where he was when he got injured, or that Keita can be the player we bought? Back ups for the front three… you’re talking about paying over 100mil and high wages (that then has a knock on effect on others salaries) for a player that is going to be rotated at best! Or do you trust that Brewster can reach his potential, or Origi can kick on after last season’s confidence boost?

I think Klopp and the transfer committee know what they’re doing! So far only Arsenal have bought players that will improve their starting 11 and they’re so far behind City and Liverpool that we don’t need to worry. City haven’t replaced Kompany and Chelsea can’t buy! The CWC won’t be taken too seriously. I don’t see Liverpool having any problems in replicating last season’s performances. The pressure is on City and the chasing pack, stagnation in Liverpool’s part will equal success in the hunt for trophies.
Marcel Guerrier

….Torben Piechnik. Bjorn Tore Kvarme. Djimi fecking Traore. You may well be too young to know this misery, and good luck to you if you are. But go outside and give yourself a shake, lad.
Andy Cawley

Eyeing Arsenal’s ‘budget’
I often wish my bank account was similar to Arsenal’s, and by that I mean I say it is one thing, for them it is £40m, but I magically am able to spend £27m on a defender, £60/70m on Nicolas Pepe and still have £25m to spend on Tierney from Celtic, that is a grand total of £112/122m from a supposed budget of just £40m, now either Arsenal are being quite cheeky with stating how much they truly have to spend or they are going to be regretting spending all that money on their “For Emergencies Only” credit card.
Mikey, CFC (Great to see all the positive mails from Chelsea fans ahead of the new season)

Predictions time
Thanks to everyone who wrote in with their predictions. Here are mine:-

Outsider – Lincoln City – I am a big believer that league 1 and 2 aren’t that much different. Teams tend to get on a roll and I think Lincoln look strong. They were 6/1 favourites to win the league last year and practically glided through the season. They’ve added four midfielders to their ranks from higher divisions so surely can only improve.

Championship
Middlesbrough – Woodgate and Keane will make a good team. Pulis had Boro organised but they needed freeing up to play football. They have that now and momentum could see them flying.

Outsider – Swansea – Graham Potter did an excellent job keeping them afloat last season. Their new manager has even won a World Cup! Solid wins in pre-season, a willingness to play ‘proper football’ surely worth a punt.

Top 6
93 City – juggernaut. Simple. KDB Fully fit. It’s over before it’s begun
88 Liverpool – too many games, front three take time to get going.
80 Spurs – constantly written off, an unfairly underrated team just because they don’t throw their cash about
79 Man United – Ole will get off to a flier. Team will burn out by January and stutter
78 Chelsea – Frank has a solid squad and will do well. Domestic cup winner
73 Arsenal – Everton and Leicester will run them close but the big six hegemony continues

Surprise team of the year – Brighton. Big fan of Potter, he did a great job at Swansea under very difficult circumstances. His managerial style is open and he wants his players to have opinions and move forward together as a group taking ownership for their actions. They do need a striker though.

Player of the season – Aguero – top scorer 33 goals. Just give it to him, he deserves it!

Young player of the season – Trent Alexander Arnold or Wan-Bissaka

1st manager sacked – Roy Hodgson from Palace. They won’t win a game until September 28th. Losing Wan Bissaka was okay but as Ed QtR said they need a sensible replacement if Zaha leaves (which he will). They also need Benteke firing and he seems to have lost his mojo. He needs to toughen up and bulk up and become a handful again. I swear he’s gone vegan, he’s all lean and calm. Get him back on the Big Macs and boxing lessons.

Biggest let down – Joelinton – Newcastle. Lot of money for someone who did ‘okay’ in Germany. If he was Joe Linton from Stockport he would be worth a lot less….

Podcasts please
I think we can all agree that with literally little meaningful sports going on right now, it gets pretty boring. I have found myself listening to my podcasts more and more because of this. However I have quickly realized that I don’t really have an entertaining soccer podcast that l can listen to. Here in this US finding podcasts for things you like is every easy. But for whatever reason I still haven’t found a good one where I can get good soccer content while also being entertaining. Am asking for recommendations for good pods that I can check out? Or does Football365 have a podcast that I don’t know about? If the recommendation are available in Spotify that would be really helpful. Send in your podcasts, you would be making my work day way more entertaining.
Ermi G (I have been noticing less brackets lately is that a thing now) Washington DC