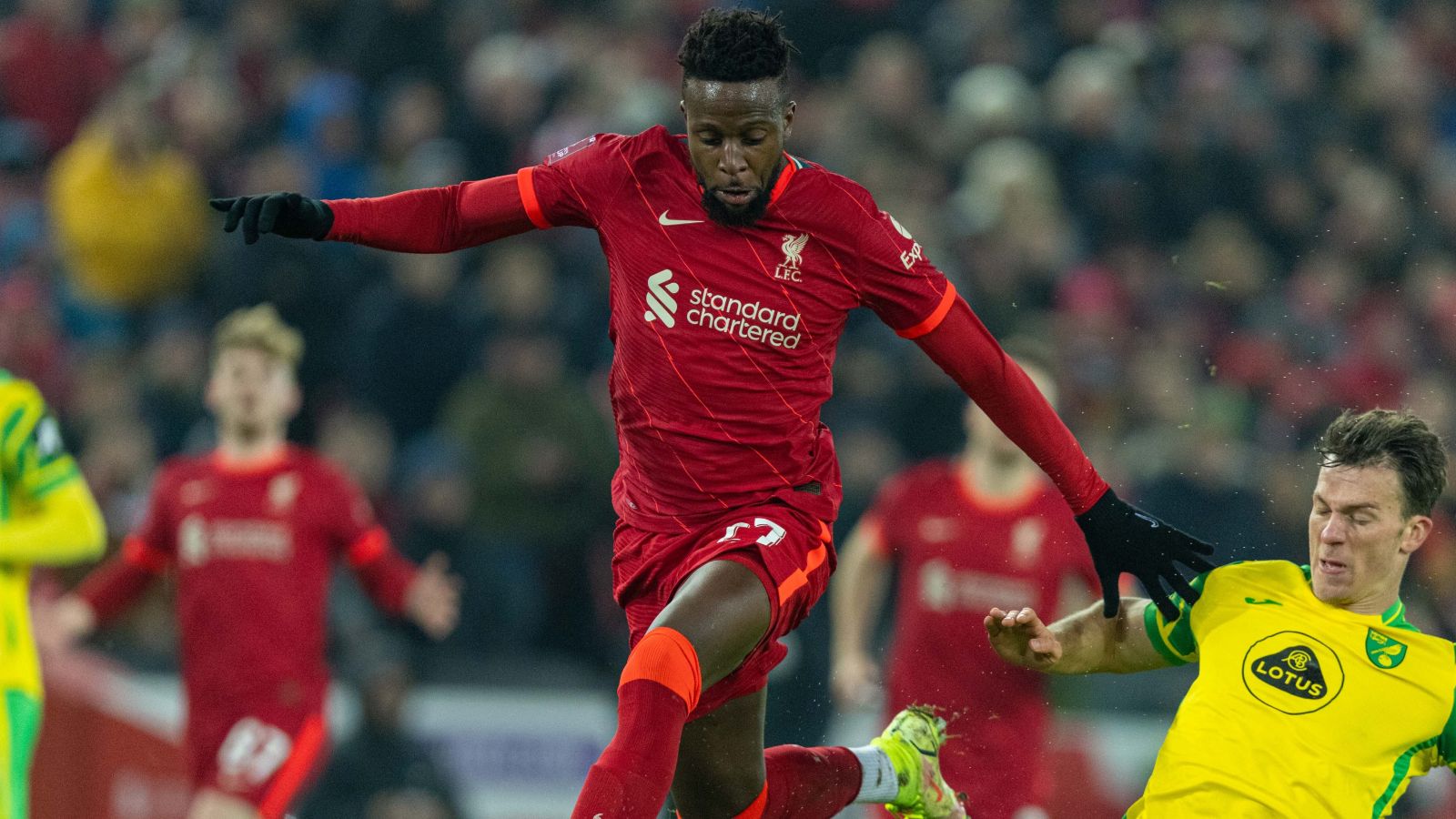 According to reports, Liverpool striker Divock Origi has turned down ‘various offers’ from Premier League clubs ahead of this summer.

The fan favourite looks set to leave Liverpool as his contract expires in June.

Origi has only started five games across all competitions this term. He has still had an influence though as he has grabbed five goals and three assists from his 14 outings overall.

The 26-year-old has been heavily linked with a move to Serie A giants AC Milan in recent months.

Italian journalist Rudy Galetti is reporting that it is Origi’s ‘preference’ to join AC Milan this summer.

The player is also said to have rejected ‘various offers’ from Liverpool’s rivals in the Premier League.

Elsewhere, according to David Ornstein, Arsenal and Liverpool are among the clubs to step up their interest in Cody Gakpo after PSV Eindhoven agree that he can leave for the right price this summer.

It was first reported in the January transfer window that Liverpool and Manchester City were interested in Gakpo, who has played 125 times for PSV at the age of 22.

Gakpo has contributed eight goals and 13 assists in just 20 Eredivisie appearances this campaign with a further eight goals coming in other competitions.

There were reports at the end of January that indicated Arsenal were lining up a £25m bid for the Netherlands international but one Dutch journalist claimed that would not be enough to “even have a cup of coffee” with the Eredivisie side.

And now The Athletic journalist Ornstein insists that although there is no release clause in Gakpo’s contract, ‘an understanding was formed to ensure that if suitable offers land this summer, PSV will cooperate with the process’.

The Athletic add: ‘That has led admirers such as the likes of Arsenal, Barcelona, Bayern Munich and Liverpool to accelerate their interest and hold serious conversations about pushing for the Dutch attacker.’

It is understood that PSV are looking for ‘a fee in the region of €35million to €50million’ for one of their prized assets.

PSV duo Armando Obispo and Jordan Teze revealed earlier this month that they were proud to see their team-mate linked to big clubs in the Premier League.