Home Liverpool Liverpool finally confirm Alisson as their new No. 1 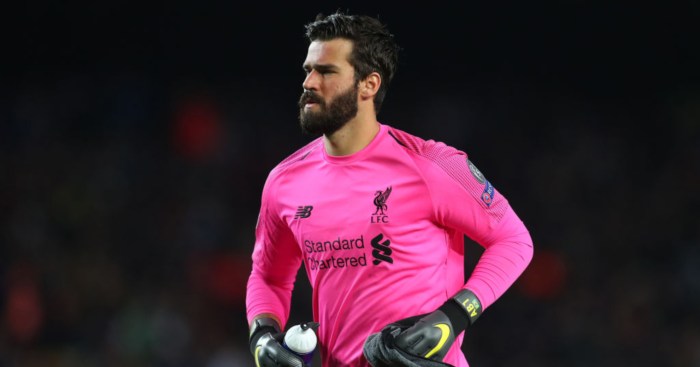 Liverpool have confirmed that Alisson is their new No. 1. Literally. He has taken Loris Karius’ shirt number.

Alisson enjoyed a phenomenal debut season at Anfield after joining from Roma in a £67m deal last summer.

The Brazilian kept 27 clean sheets in 51 appearances as the Reds finished second in the Premier League, winning the Champions League.

His reward – aside from that big old trophy – is to finally be given the club’s No. 1 shirt.

Alisson wore No. 13 throughout last season but Liverpool confirmed that he is ‘inheriting’ the new jersey from Karius, who is in the second year of his loan at Besiktas.

This is all incredibly important news.