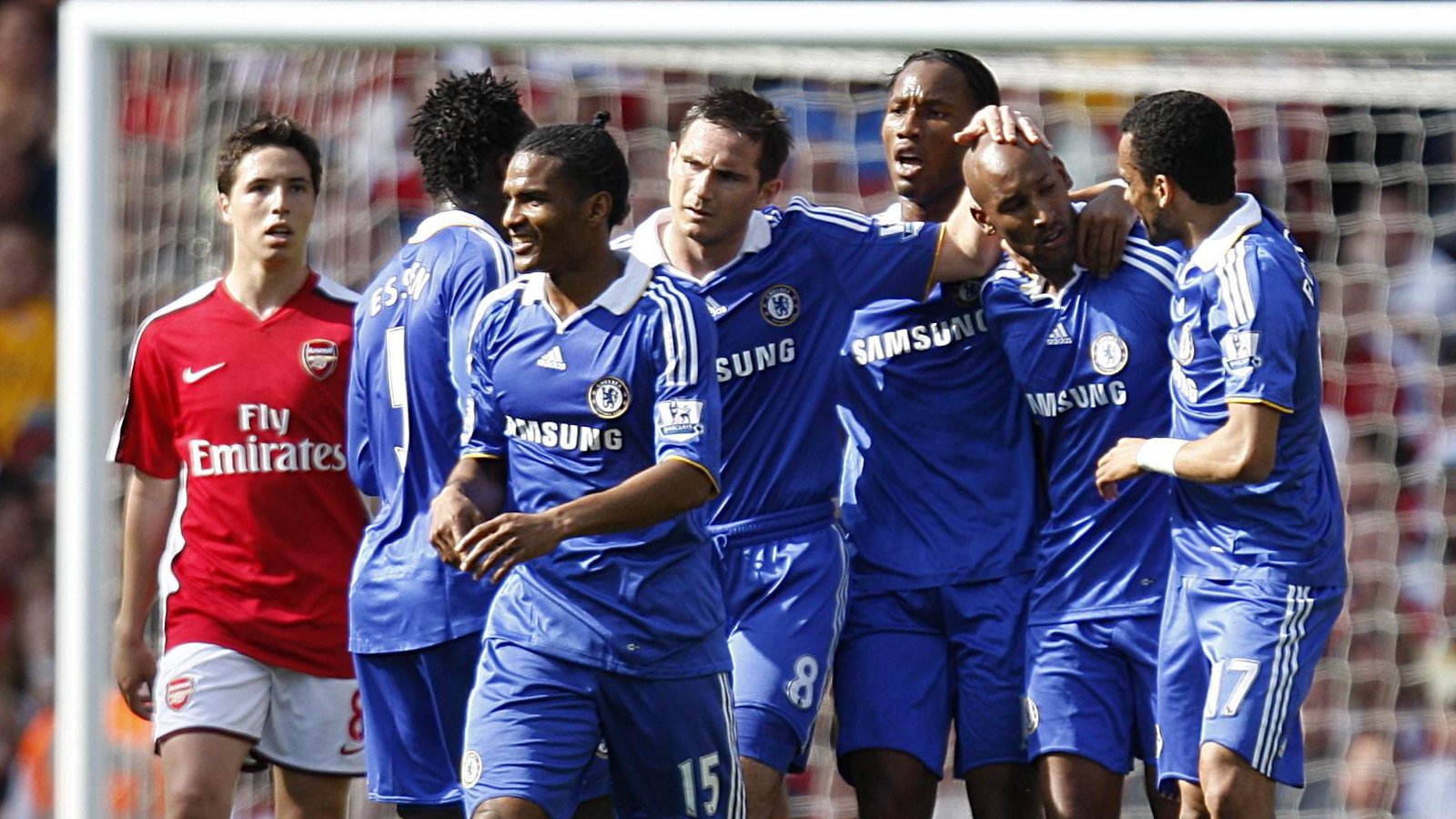 Liverpool used the end of last season as a launchpad for excellence. If they win the title, they would not be the first champions to do it.

Jurgen Klopp and his players struggled with injuries and form in 2020/21, but Liverpool closed with a 10-game unbeaten run, beating Arsenal and Manchester United along the way. That catapulted them into this campaign in great nick. Plenty of previous champions have done the same.

Manchester City (2016/17)
Nothing has ever chastened more than Pep Guardiola’s first season of Premier League management. His opening run of six straight wins as Manchester City head coach teased the sort of revolutionary title procession which would have embarrassed an awful lot of sceptics, but they were soon chowing down on smug pastries instead of humble pie. English football bent and broke the Spaniard’s ideals, from the start of his inexplicable struggles against Tottenham, to being 3-0 down at Leicester in 20 minutes, getting hammered 4-0 by Everton and failing to beat Middlesbrough. Guardiola would, of course, sign a new goalkeeper, three full-backs and a Bernardo Silva at great expense that summer, but flickers of The Centurions could be seen by the end of his first season. From late January to early April, Manchester City won four and drew four before succumbing to champions Chelsea at Stamford Bridge. After that 2-1 defeat came another eight-game unbeaten run which featured six wins, two draws and the first real examples of a Guardiola staple: a pair of 5-0 thrashings handed out to Crystal Palace and Watford. It was the perfect springboard for a record-breaking second campaign.

Leicester (2014/15)
“We knew we were on the right track in terms of building something. It wasn’t just a case of coming good in the final weeks of last season. We had been building for the previous few years. For Leicester to be where they are, even to have got into the Premier League in the first place, it needed a lot of groundwork and building blocks to be put in place. What I would say is that he [Ranieri] was going into a situation where there wasn’t an awful lot wrong. He probably won’t have inherited a job anywhere else and found a structure in place like that.”

Nigel Pearson had a point. On the pitch at least, Claudio Ranieri assumed the wheel of a smooth drive, rather than the customary bumpy ride. Leicester had spent most of 2014/15 bottom of the Premier League, but their fortune started to turn from April onwards. The Foxes beat West Ham, West Brom, Swansea, Burnley, Newcastle and Southampton, drew with Sunderland and lost to runaway leaders Chelsea, before hosting QPR on the final day. They stuck five past Chris Ramsey’s side to issue a hint that no-one took, earning 22 points from their last nine games, rising to the serenity of 14th and thriving with that spine of Schmeichel, Huth, Morgan, Albrighton, Mahrez and Vardy.

Chelsea (2008/09)
The Luiz Felipe Scolari experiment was abandoned painfully early as those Stamford Bridge rats properly chewed through their first manager. Jose Mourinho’s first departure in September 2007 devastated elements of the dressing room but nary a tear was shed at the loss of a World Cup-winning coach. Chelsea declared that ‘the results and performances of the team appeared to be deteriorating at a key time in the season,’ the Blues fourth and behind Aston Villa, as well as out of the League Cup and only through in the FA Cup after a third-round replay with Southend. Ray Wilkins took two games as caretaker – wins over Watford and Coventry – before Russia manager Guus Hiddink was drafted in. With his guidance, Chelsea closed the season with 16 wins and five draws from 22 matches, the solitary defeat coming at Tottenham in March. They won the FA Cup, were beaten in “f**king disgrace” by Barcelona at the penultimate Champions League hurdle, and came 3rd in the Premier League on the back of a run of seven victories and a single draw. Carlo Ancelotti, as he does, took over a fully functioning machine that summer and tightened the gears a little further.

Everton (1983/84)
Adrian Heath once recalled how the Everton squad was “huge fans of Springsteen” in the mid-1980s, with one specific line from one particular song on one distinct album proving to be a dressing-room inspiration. From Born in the U.S.A., Dancing in the Dark provided the inspiration for Howard Kendall and his players, who derived lyrical motivation from the chorus: ‘You can’t start a fire without a spark.’ It was Heath himself who helped light the touchpaper, scoring a late Milk Cup equaliser at Oxford United to force a fifth-round replay. A couple of weeks prior to that January tie, just 13,659 fans turned out at Goodison Park for an awful draw against Coventry, at which protest leaflets were handed out with the message: ‘Kendall and [club chairman Philip] Carter must go. 26,000 stay-away fans can’t be wrong.’ The Toffees recorded their lowest post-First World War seasonal average attendance in 1983/84, but that Heath goal at The Manor Ground changed everything. Everton reached the League Cup final and only lost to league champions Liverpool on a replay, while they beat Watford in the FA Cup final and came 7th in the First Division with four wins and two draws in their final six games. That was the spark for 1984/85’s Treble-teasing fire under Kendall.

Derby (1970/71)
Promoted as Second Division champions in 1969, Derby County immediately recorded their highest finish in the league pyramid for 31 years at the end of Brian Clough‘s first season as a top-flight manager. The Rams came 4th in 1970, behind Everton, Leeds and Chelsea. While a drop to 9th represented a few steps back, the foundations upon which they would build to their first English championship and a European Cup semi-final were being laid. Colin Todd joined for a British record fee of £175,000 in February 1971 – on the same day that Clough insisted “we’re not signing Colin Todd, we can’t afford him” – and the Rams ended that campaign strong. Their final six games included four wins and two draws, among those a John O’Hare-inspired victory at Old Trafford.

Everton (1961/62)
The last First Division champions before the Second World War, Everton had to wait 24 years for their next championship. It was a satisfyingly linear climb to the peak of the mountain, the Toffees finishing 16th, 16th, 15th, 5th and 4th in the five seasons before finally topping the pile in 1963. That glimpse of brilliance under Harry Catterick was beginning to come into full view by the end of the 1961/62 campaign. Defeat to fellow title challengers Tottenham effectively ended their own pursuit of a crown Ipswich would eventually win, but Everton followed up that disappointment overcame that disappointment by closing with a nine-game unbeaten run taking in three-goal wins against West Ham and Birmingham, a 3-2 victory over Arsenal and an 8-3 shellacking of Cardiff.