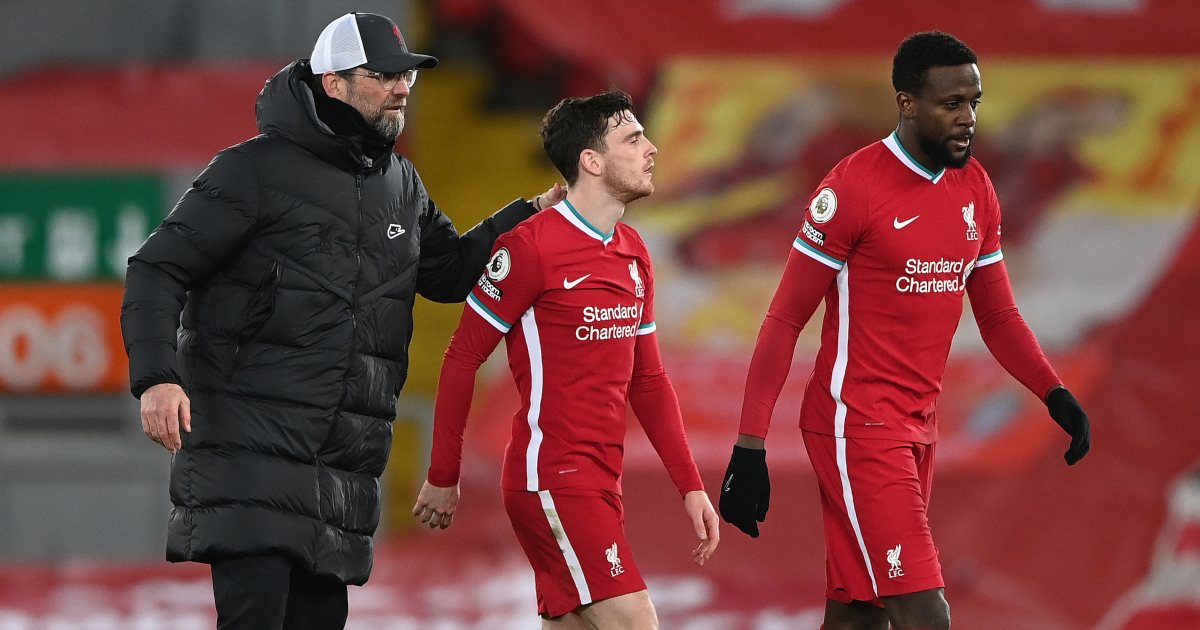 Liverpool will be looking to end their four-match Premier League losing run when they take on bottom-of-the-table Sheffield United this weekend.

Mark Smith and Sarah Winterburn previewed the game on the latest edition of ‘Big Weekend‘ and both agreed that the Reds simply must take all three points.

Winty said: “You’d think this was the one. They’re at least going to come out of that dire run of results in the Premier League.

“They have to win this and I do think they will. They’re not playing terribly. But that little bit of something, that 5% is missing at both ends of the pitch at the moment unfortunately.

“The numbers suggest they aren’t terrible, they’re just… the finishing is not quite where it was and defensively they’re not quite there.”

One issue highlighted by Sarah was Liverpool’s stubbornness to continue playing with a high line despite missing their first-choice centre-backs.

Sarah said: “For me, they’re still trying to play that high line as if they had Virgil van Dijk. I don’t understand why. Jurgen Klopp, a very experienced manager and much cleverer than we are at this thing, yet as outsiders we look at that high line and go ‘why on earth are you doing that when you don’t have the defence to cover.’

“The great thing about Sheffield United is that they’ve got no pace. Unless they play Oli Burke, and they could do I suppose, but his finishing is not great anyway.

“I would fancy Liverpool to win this.”

You can catch the latest episode of the Big Weekend HERE. Apart from talking about Liverpool’s clash with Sheffield United, Mark and Sarah also preview four other big Premier League games.