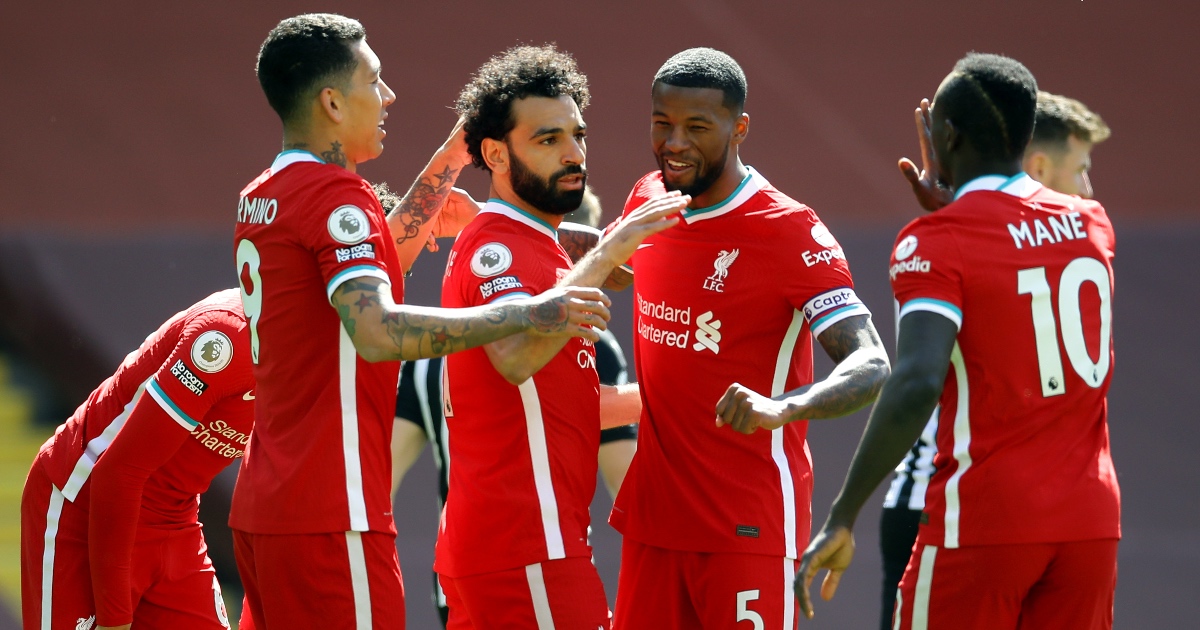 Tactical pattern
Injuries to key Southampton players, along with the general sense that the club are running out of steam, tells us this will be a territorially dominant game for Liverpool. Leicester City held 71% possession in their 1-1 draw last weekend as Saints, looking tired in a 4-4-2 they never seem to move out of, sat back and seemingly waited to be beaten.

Danny Ings is out, which severely limits Southampton’s ability to break, while any attempt to counter-press the hosts would likely lead to disaster. That means a backs-to-the-walls performance from Ralph Hasenhuttl’s side – and a hopeful attempt to scrape a point at Anfield.

Key battle zone
Liverpool’s full-backs are the most important players in this one, mainly because Southampton have looked weak in this zone of the pitch in recent weeks. Even when defending deep, Saints are essentially in a  4-2-4, their wingers attempting to push on at every opportunity. Their eagerness to break quickly should mean those wide men get ahead of the ball too quickly, and as Liverpool win the ball back, spaces will appear.

Trent Alexander-Arnold and Andrew Robertson can find the room they need to whip dangerous balls into the box from behind Theo Walcott and Moussa Djenepo, two players dropped for the Leicester draw but likely to be recalled for this one after their replacements frankly didn’t perform any better.

Keep an eye on… Klopp’s formation choice
Jurgen Klopp needs to persist with the 4-2-4 formation used against Newcastle United last weekend despite the end result. Liverpool were dominant in the first half, creating numerous chances thanks to the excellent movement of Diogo Jota and Roberto Firmino dropping off the front line. They almost operated as tandem false nines, pulling the Newcastle midfield all over the place.

Klopp should be just as aggressive for this one, especially given that Saints will sit as deep as Newcastle did – and will start with only two central midfielders. There will be plenty of gaps through which to feed Jota and Firmino, but more importantly Liverpool need shaking out of the tired rhythms of their 4-3-3. The 4-2-4 is the way forward for attack-versus-defence games like this one.

One to watch… Che Adams
Liverpool have repeatedly been shown to be vulnerable to long-ball counter-attacks that play up to a front two. This seems to confuse a panic-stricken high defensive line, and as the full-backs push forward creates a two-on-two between the strikers and frantically backpedalling centre-backs. Newcastle United were just the latest team to do this via Callum Wilson and Allan Saint-Maximin.

Che Adams has a good knack for picking up second balls, his physicality working to his advantage when long balls bounce off centre-backs scrambling to stop Ings. The Saints number nine isn’t available for this one, but if Hasenhuttl urges long and high passes over the top of the Liverpool defence then Adams can be a nuisance.