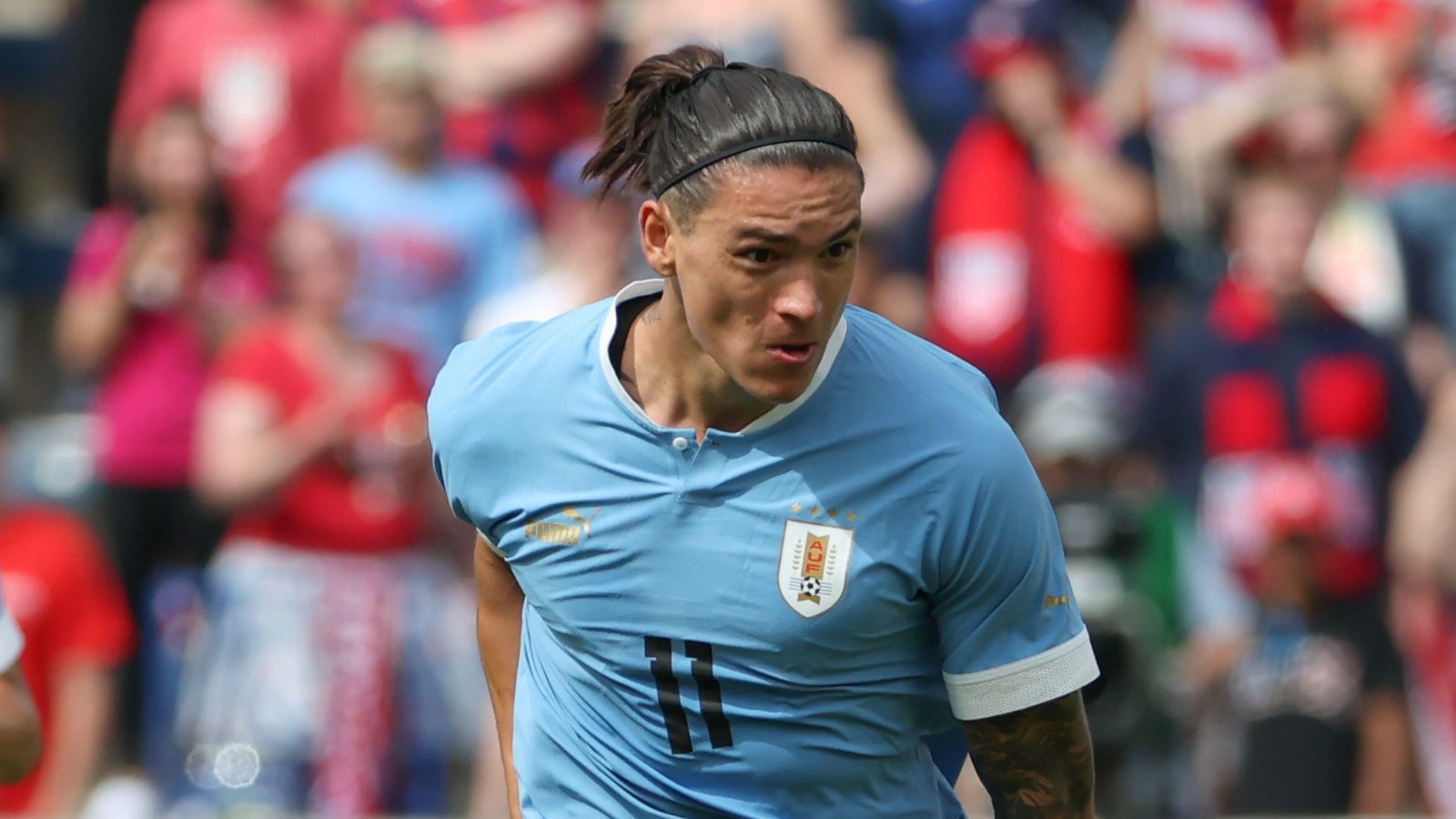 Five Premier League strugglers used the international break to potentially kickstart their stuttering seasons. Liverpool know what to do now.

Darwin Nunez
Before the international break, the most impact Darwin Nunez had with his head since joining Liverpool was to turn around too quickly and accidentally plant one on Joachim Andersen.

The striker has thus far not lived up to the considerable hype at Anfield. While at one stage it seemed as though the Nunez v Haaland narrative would be sustained throughout the season, with supremacy changing hands in each laborious, goal-laden week, it barely lasted a month before the Manchester City forward won by TKO.

Liverpool must therefore have been thrilled to see a first true glimpse of the Nunez they were promised from Benfica. A frustrating 90 minutes in Uruguay’s 1-0 defeat to Iran did not ease the pressure but it finally clicked against Canada in Bratislava.

After around half an hour, Luis Suarez skipped past two defenders and left one on his knees before standing up a cross for Nunez to nod masterfully past Milan Borjan. It was precisely the kind of supply Liverpool have not yet provided, but Jurgen Klopp must be eager to replicate.

Mason Mount
The word Ian Wright used was “vexed”. There was certainly something different about Mason Mount, an edge to his play as he rose from the substitutes’ bench in both England’s fixtures.

While incapable of conjuring something from the absolute nothingness of an overall display against Italy, Mount produced a reminder of his quality in the maddening draw with Germany. A sumptuous finish elevated a typically busy, industrious cameo.

After headlining the Frank Lampard era and being unceremoniously dropped for the first game of Thomas Tuchel’s tenure, Mount accidentally assisted the opening goal of Graham Potter’s reign. The Chelsea manager must have enjoyed watching the 23-year-old, Kai Havertz and Reece James all shimmer with confidence and purpose.

Rasmus Kristensen
With Luke Ayling having returned to full fitness after Cody Drameh was perhaps mistakenly entrusted with a start against Brentford, the onus was on Rasmus Kristensen to stake his Leeds left-back claim during the international break.

The 25-year-old has failed to acclimatise as quickly and effectively as many of his fellow summer arrivals at Elland Road. “I felt I was well prepared for it, but it’s something else when you stand there. So it’s been great to get started and find my place in it,” he said recently of the Premier League adjustment.

A middling substitute half an hour in defeat to Croatia did little to change the mood surrounding Kristensen but he paddled away to thrive in the deep end from the start against France.

Faced with Kylian Mbappe, Antoine Griezmann and Ferland Mendy down his side, Kristensen shackled the world champions in a thrilling 2-0 victory for Denmark. He made the most tackles (5), interceptions (3) and clearances (5) of any player on the pitch to give Jesse Marsch some food for thought.

Ryan Fraser
“I have a squad of players who want to be here,” said an unimpressed Steve Clarke. “This is not the time to talk about somebody who is not in the squad. We have built a really strong squad.”

Back in November, Steve Clarke failed to hide his disappointment at the withdrawal of Ryan Fraser from Scotland duty due to injury. The winger was photographed training with Newcastle the next day, eager to impress the newly appointed Eddie Howe.

Welcomed back into the international fold for the first time in almost a year since, Fraser offered the ultimate apology with two sublime corners for Lyndon Dykes in a 14-minute substitute burst to help beat Ukraine. He was handed a start against Oleksandr Petrakov’s side in a 0-0 draw in Krakow, with another promising cameo in a win over Ireland in between.

Howe will hope that helping Scotland to Nations League promotion can coax more out of Fraser at club level. The 28-year-old’s last goal and assist for Newcastle came in the same game in early March and the winter window beckons.

Remo Freuler
It has been a sharp old learning curve for Remo Freuler at Nottingham Forest. In 175 Premier League minutes thus far, he has witnessed his side lose thrice and concede 10 goals as a late substitute against Tottenham, in a full and excruciating debut at Manchester City and in being taken off with the damage done by Fulham.

There are two fields of thought in terms of solution: the system must be changed as Freuler cannot work as part of a midfield two; or the 30-year-old simply needs an actual sustained run of games to learn the nuances of his role.

The vocal minority who have dismissed Freuler entirely might consider looking at his form during the international break. The Switzerland stalwart played the full 90 minutes of a stunning victory over Spain, before scoring in another win against the Czech Republic.

Both performances came in a midfield pair alongside Granit Xhaka, which offers a rogue third option for transfer-obsessed Forest ahead of the January market.