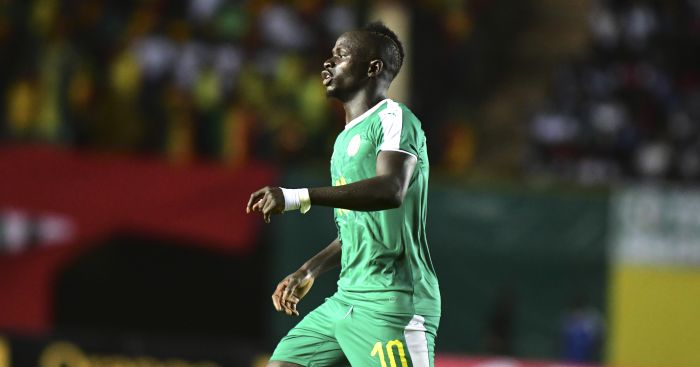 Sadio Mane has become Liverpool’s latest injury doubt to emerge from the international break after suffering what is believed to be a broken thumb while training with Senegal.

Just days after the Reds appeared to lose Egypt’s Mohamed Salah for a minimum of two weeks with a hamstring injury and then Virgil Van Dijk while on duty for Holland, Mane has become the latest injury victim of what is appearing quite the costly international break for Jurgen Klopp.

The Reds boss will now await anxiously on news of Mane after the forward was taken to hospital with the break, which was picked up during training and ahead of their clash with Sudan.

Early reports that while the injury is not serious, it will force him to miss Senegal’s match as well as Saturday’s return to Premier League action against Huddersfield.

The news was broken by Senegalese journalist Mootaz Chehade, who showed pictures of Mane – and the results of his X-ray – from his trip to hospital.

Sadio Mane has broken this left thumb in training with Senegal national team, his injury could get worse if he played. He's expected to miss the game vs. Sudan and Liverpool's clash against Huddersfield in the Premier League. pic.twitter.com/U8weZuucy7

With both Salah and now Mane likely to miss out against the struggling Terriers, Klopp will likely have to shuffle his pack with Daniel Sturridge looking a strong bet to make a rare Premier League start and Xherdan Shaqiri also pushing for a starting spot.