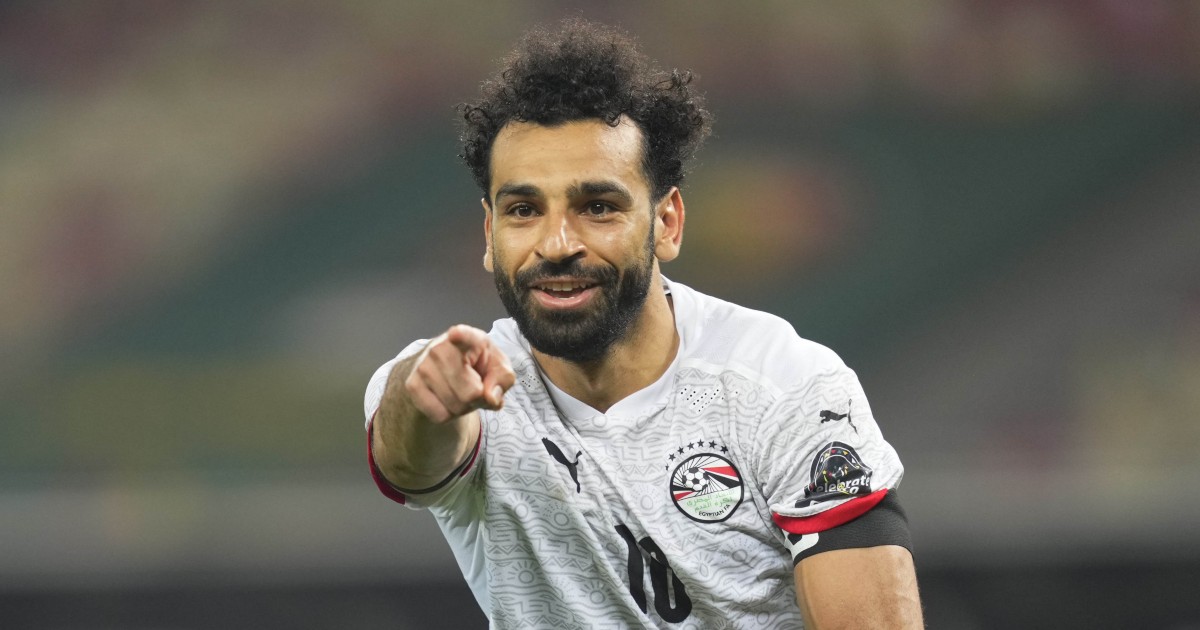 Mo Salah hopes to secure the biggest trophy of his career after firing Egypt into the Africa Cup of Nations quarter-final.

Liverpool forward Salah scored the decisive penalty as Egypt overcame Ivory Coast in a penalty shootout after a fraught 0-0 draw, with Manchester United centre-half Eric Bailly the only player not to convert from 12 yards.

The Pharaohs will face Morocco in the last eight and Salah is particularly eager to carry his national side one step further than 2017, when they were beaten in the final by 2022 hosts Cameroon.

“Of course I want to win something with the national team,” he said. “It’s my country, what I love the most.

“This trophy for me would be completely different, would be the closest to my heart.

“We were close before to win this African Cup, we gave it everything but we were not lucky to win it.

“But it’s OK, now we are here in the new one. We have to fight for it, we have to give everything to win it and I’m sure the players have the same feeling.

“So hopefully we just need to focus on tomorrow’s game and we go from there.”

The seven-time champions were first to threaten when striker Omar Marmoush rattled the bar with a curling 17th-minute effort, and Ivory Coast keeper Badra Sangare had to tip over Salah’s dipping attempt.

However, the Elephants responded as the half-time whistle approached when Ibrahim Sangare forced Mohamed El Shenawy into a 39th-minute stop with an acrobatic volley before the keeper repelled Sebastien Haller’s strike from distance in stoppage time.

Early in the second half, Egypt’s Amr El Soleya fired wastefully over from Salah’s square ball and Mohamed Elneny saw his deflected cross scrambled away by Badra Sangare.

Egypt keeper El Shenawy had to tip over Haller’s 70th-minute header after Bailly had turned the ball back across goal and, after Trezeguet had come off the bench to fire wide from a tight angle at the other end, saved with his legs from substitute Wilfried Zaha as the 90 minutes ended goalless.

Egypt’s Mohamed Sherif, who had been introduced at the start of extra-time, was left bloodied after heading just over within three minutes of his arrival, and Badra Sangare parried Zizo’s raking 98th-minute strike.

Gabaski, who had replaced the injured El Shenawy with two minutes of normal time remaining, had to claw Ibrahim Sangare’s 104th-minute shot out of his top corner, but the sides remained locked together and penalties were required, with Bailly the only player to miss.

“It’s down to work,” said Egypt coach Carlos Queiroz. “We have prepared very well since our last match. We repeated what we did during training.

“We were there in the spaces and marking. Concentration and respect for the game plan. We were the best team, we had the best chances.”