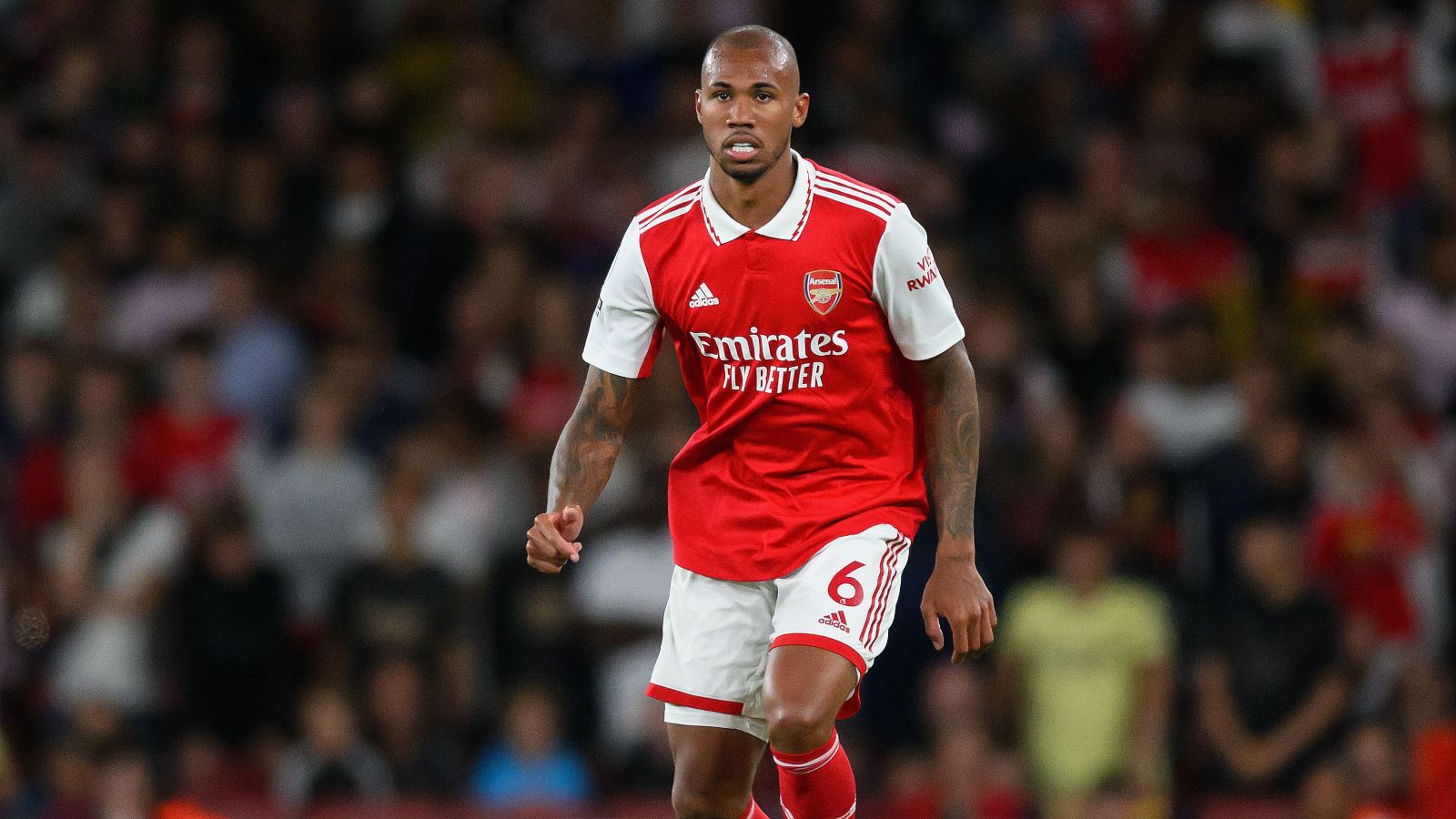 Toney tweeted “nice kick about with the boys” following the Bees’ 2-0 victory over the Gunners in August last year.

And Arsenal got their own back following their 3-0 victory at the Brentford Community Stadium last week with Gabriel taunting Toney by posting the exact same message.

Toney recently described it as “cringey” with Gabriel the second Arsenal player to do it this year after Alexandre Lacazette – who left the club in the summer – parroted the tweet after Arsenal beat the Bees at the Emirates in the second half of last season.

The Arsenal defender was criticised with Premier League striker Darren Bent claiming Gabriel’s tweet was a “bit over the top”.

“Putting them back in their box, that’s what Arsenal are doing,” Bent told talkSPORT.

“Brentford have been fantastic since they’ve been back in the Premier League and you know what it’s like, it’s like David vs Goliath and Brentford won the first one.

“It’s a little bit over the top, you have to say.”

But Fowler has defended the Brazilian for his “gentle” banter which highlights how footballers “do have a sense of humour”.

Speaking to the Daily Mirror, Liverpool legend Fowler said: “It was a nice riposte. Gentle. Not disrespectful.

“A reminder that footballers do care and don’t forget even the smallest of slights.

“And also that they do have a sense of humour. So I was a bit disappointed to hear some pundits suggest that Gabriel was setting himself up for a fall of his own and should have known better.

“How often do we hear these same people suggest that modern players are boring, that they’re too precious about themselves and out of touch with the man or woman in the street?”

Another player to defend Gabriel was former Manchester United defender Rio Ferdinand who reckons he would’ve done exactly the same.

Ferdinand said last week: “Do you know what? I loved Gabriel’s tweet. I loved that banter.

“Toney hammered them last season with his tweet, now it’s Arsenal’s turn. It was lovely, I love to see it.

“If I was playing, that’s what I’d be doing all the time. I would be smoking people on Twitter before the game. I’d take the fines, I would.”

Arsenal have a testing return to Premier League action on Saturday when they face Tottenham in the north London derby, while Brentford travel to newly-promoted Bournemouth.