Home Mailbox NOT drowning kittens should not be cue for applause… 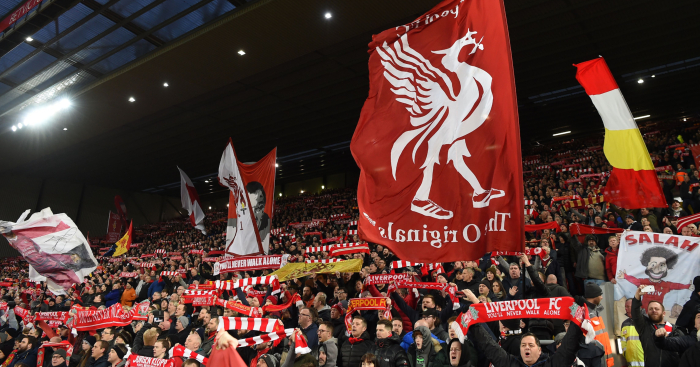 You know what to do, right? You mail us at theeditor@football365.com

Fight to the finish
Okay my radical idea for finishing the season, each team chooses a champion who are then shipped to an island hosted by a shadowy underground figure (see Enter the Dragon) we then have a tournament involving football skills, wrestling, it’s a knockout style games and tik tok videos and bantz. The overall winner gets a shiny trophy. TV gold and who wouldn’t want to see Jesse Lingard topping the table due to some hilarious bantz only to find out he’s got Troy Deeney in the wrestling.
Paul Murphy, Manchester

Keep digging, Minty
Just wondering, has Minty, LFC ever been able to write a response with using copious amounts of whataboutery and mentioning Manchester United? How does he feel now his own club have even realised the folly of their ways and done a remarkable PR u-turn? Egg on face? Keep digging Minty, but the truth is out there 🙂
Ex-Pat Dave

…Can people stop bringing up the fact McDonalds have done X,Y & Z as an excuse for what FSG did?

Do Mcdonalds try and market the slogan “this means more” to show how much it means to their owners??

Do millions of people walk around with the names of McDonalds employees on the back of their shirts??.

Do Mcdonalds boast about net spend and how financially prudent they are and then run to the tax payer three weeks into an unprecedented pandemic??.

It is chalk and cheese. Compare like with like.
How about the fact 15 other PL clubs did not take advantage of this scheme? Or the fact Klopp did not buy a single player last Summer and his net spend is the 29th highest in Europe.

The issue is how quickly they decided to do it and just the scummy way they announced it on a Saturday evening with little or no information. The fact they reversed it in under 48 hours with a big long apologetic statement says it all.

They have shown their true colours, simple as.
Ferg,Cork

…Just in response to Oliver Dziggel’s email calling the rest of us a bunch of easily manipulated thickos, I have the following response:

People wrote in to F365 about Liverpool because they are football fans, it’s a football website and Liverpool is a football club. It doesn’t mean they don’t have opinions about other businesses, or the government’s response, or any of the other examples you cite – it means that they are talking about the appropriate thing in the appropriate forum. Try to be a little bit less patronising at what is a difficult time for everyone.

Now, the following is going to be focused on Liverpool’s response, but I don’t want Oliver to misconstrue it as me not believing that there are other bad things in the world…

Liverpool were bloody stupid furloughing their staff in that manner – someone wrote in yesterday about how Liverpool had no choice because of the Companies Act… erm, that’s not how it works and you’ll see this evidenced by none of the directors getting struck off in the coming weeks now they’ve reversed the decision.

They have a duty to act in the best interest of the company – that does not mean they have to make the cheapest decisions on every matter – one might argue that they made the wrong decision, given that it was obviously going to cause the reaction it did – a terrible PR move for a club where it “means more”, they “never walk alone”, etc. Who knows, it could cost them more in revenue than it would’ve saved them (and almost certainly will now, given how quickly they backtracked!).

You apply that logic, businesses should never make charitable contributions, commit to living wages, or using fair trade, or manufacturing in Great Britain – there are cheaper options available! All things that are very worthy, but are generally done for PR reasons where cheaper options are available. A business that has sufficient cash to avoid doing it, in a highly emotive entertainment space, shouldn’t be furloughing staff – it looks bad.
Andy (MUFC)

Ings can only get better
At last. Finally. I find a reason to be unhappy with Jurgen. Playing kids. Not liking Madrid. All but the storms in a glass of water. This. Has gone too far. I clearly must be the only man in history to have missed the video of Ings dancing from his younger days.

Did he sanction the sale because he was frankly unable to compete with his more modern interpretation of the style and thus couldn’t risk being shown up when he produced his battered cardboard and blaster ?

Is this why Crouchie has never been appointed a club ambassador ?

Do we need everyone to behave so we can get out the house sooner for the good of everyone’s sanity ?
Matt “Obviously. If Birds aren’t real, then this is true. Certainly” Hanchet

Stay away from Jack
Part of the reason Liverpool have done so well recently is the lack of big time Charlies in the team. There was a video doing the internet rounds a while back that I love showing some of their players jumping on a table in the dressing room and Salah immediately removing three or four cups from it but didn’t get on the table himself. It’s only a small thing but it shows humility and consideration for others are top of mind for their biggest star and that no doubts helps create a healthy work environment and happy players.

I fear Jack Grealish might be a big time Charlie. Telling the public to stay at home and then going to a party the next day really points to a sense of entitlement. Couple that with an interview he did with sky sports that F365 linked to in an article about him today, where he talks about how much he’s matured, and it looks might have a Nicklas Bendtner level of self awareness as well. I’d worry about his effect on team chemistry if my club were in for him, which they apparently are. Also, in that same interview, he talks about a not insignificant injury record.

He was, at very least, *in* a vehicle that crashed into parked cars at 10 in the morning after being at a house party. There’s not too many explanations for that. It should be disqualifying on its own. How many players do you hear stories like that about who’ve had long term successful careers? Ronaldinho maybe and that’s about it. The likes of Robinho and Balotelli have a couple of years of looking like they might be the business and then begin to fade. The likes of Pogba and Lingard get lots of slack but I seriously doubt there’ll ever be a story about them like the one about Grealish.

There seems to be a push from English pundits to get him a move to a big club. I hope United stay away from him.
Eamonn, Dublin

Charity? Really?
Maybe it’s the cynic in me but I can’t help but view this ‘Captains fund’ charitable contribution that’s been touted with a degree of suspicion. Whilst charitable giving is a noble thing to do and no doubt for those in the public eye it’s a good look, I always wonder whether there’s another angle to it. A tax deduction angle.

If the players are treating their clubs with a degree of suspicion as to their motives then I think it’s more than justifiable to do the same with any contributions that they make. Gordon Taylor has played the whole “lost tax revenue” card to defend not dropping players wages but this might be all part of a crafty merry-go-round in which players are paying taxes on their income only to claim it back or their charitable contributions later down the line when all this has died down. The fact that old Gordon himself has now made a £500k donation makes it all the more suspect.

I understand that tax laws are exactly that and people are more than within their rights to be creative with them. However, I think in this instance as the players have used taxation as a justification for not taking a wage cut they should also be clear that they will not be giving with one hand and taking with the other. I’ll hold my praise until then.
Anthony, Kilburn

A little ray of sunshine
During the current climate of self isolation, greed and uncertainty as to how to finalise the season I thought I would try and drop a little ray of sunshine onto the site that might hopefully dissuade some people, even temporarily, that not all footballers are selfish egotistical greedy twats (despite the exploits of Grealish, Walker et al).

When I was 15 (almost 30 years ago) my dad was good friends with a servicing manager of a high profile British motoring company. Now this company just happened to be a major sponsor of the home nations during a World Cup qualifying campaign. Subsequently they ran a competition that would allow two winners from each branch in N Ireland to attend a training day with the N Ireland football team.

Now as luck would have it, I happened to ‘win’ one of those spots alongside the servicing manager’s son. The result of which meant we got to travel to a university campus and spend the day watching and training with the squad. In reality though this amounted to watching them do a morning training session then have a fun kickabout with all of the winners of various ages. This kickabout lasted for about 45 mins and due to the lovely weather (it rains heavily approx 13 months of the year here) the majority of the players understandably wanted to go through the motions and get back indoors.

The exception to that rule was Tommy Wright (current St Johnstone manager), he remained in situ with me and three other goalkeepers for a further three hours, teaching us drills, providing us hints and tips and posing for photos etc. Despite the fact he was pissed wet through and due to face the Spanish front line two days later he became an even bigger hero and gentleman to me and the other stoppers that day.
Healydog
(PS Jonny Nic’s generous pal has to be Leighton ‘Leccy’ Baines)

Best beards XI
Well you did ask for one F365 and it isn’t like I have much else to work on, so here is my Best Beards XI

GK: Tim Howard – That beard was magical, he became an even better keeper with one too.

RM: David Beckham – He rocked the goatee beard well
CM: Ásgeir Börkur Ásgeirsson – Google him, you’ll not be disappointed, he is my captain
CM: Andrea Pirlo – Class in style, beards and style of play
CM: Adam Clayton – Marvelous, he even dyed it the same colours as Huddersfield’s kit
LM: Lionel Messi – That fine ginger beard, once was blonde

FWD: Marco Sailer – now that is one Viking looking beard
FWD: Davide Moscardelli – The bearded Italian who arguably has a better beard than Pirlo

Manager: Roy Keane – He just edges out Guardiola based on the fact he looks quite menacing with his grey beard, who’d have thought Keano could become more scary.