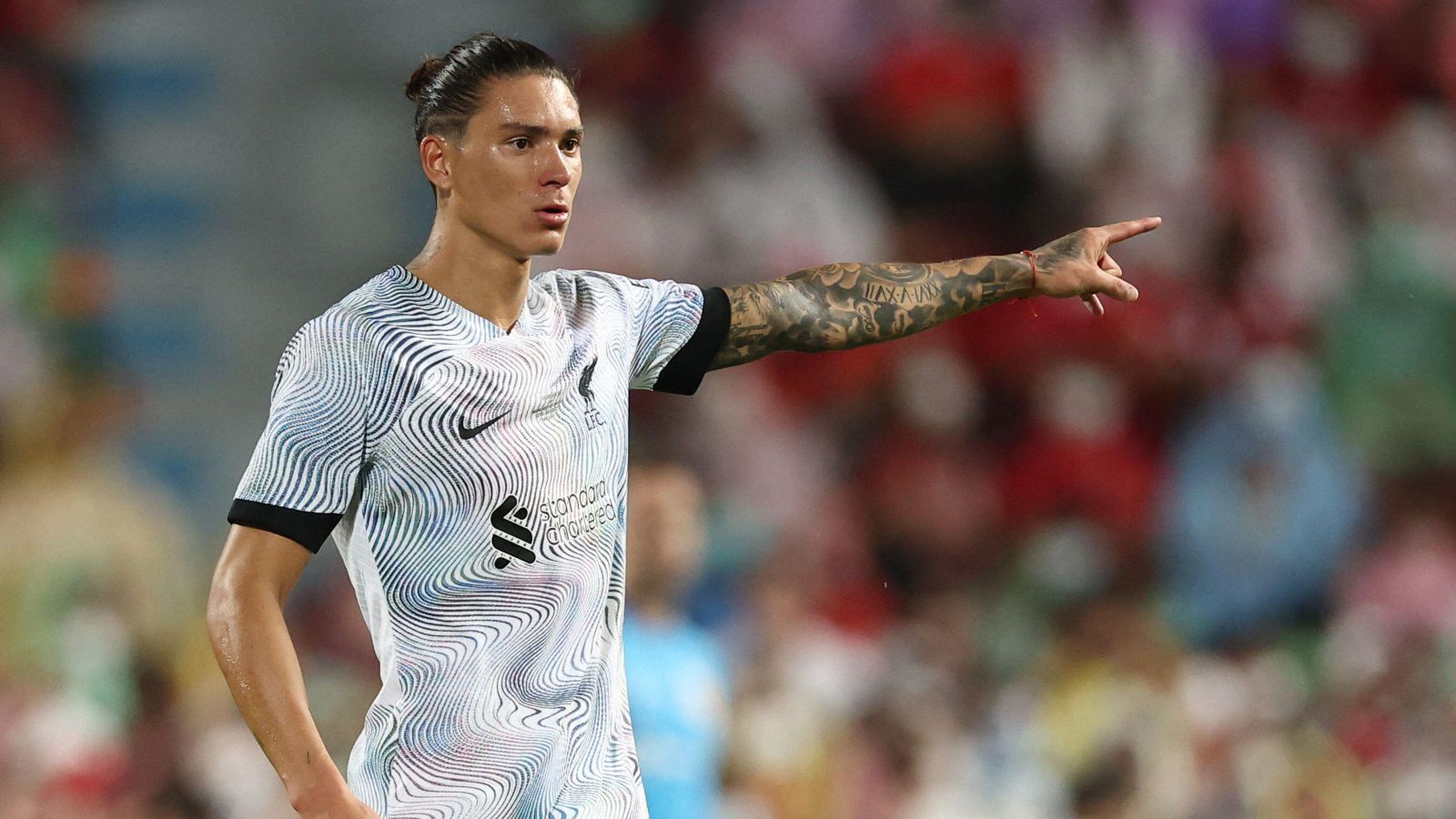 The striker arrived at Anfield this summer from Portuguese giants Benfica in a deal worth £85m after his brilliant form in the 2021/22 campaign.

Nunez contributed four assists and 26 goals in 28 appearances in the Portuguse top flight last term with the Reds facing competition for his signature.

The Uruguay international was criticised by some fans on social media after he missed an easy-looking chance as Liverpool lost 4-0 to Manchester United in a pre-season friendly last week.

But former Liverpool star Garcia doesn’t think there is too much to be worried about with Nunez apart from his work rate, which needs some improvement.

When asked if Liverpool supporters should be concerned by Nunez, Garcia told ESPN: “No, not at all. What I have realised is that he is going to have to work harder. Liverpool play in a different way to Benfica. He is a player who is very clever; his football intelligence is fantastic. But he has to track back, he has to press.

“In the two games against Manchester United and Crystal Palace he has struggled. He wants to show that he is going to be ready to play, with the press, with that high pressure that Klopp does with Liverpool.

“But after three or four runs he was tired. He had a few chances, but I think it was because he was tired. He only had three [training] sessions, then into the game with Manchester United. He had ten sessions then faced Crystal Palace, but only played 30 minutes.

“I think his movements, the way that he plays will give [Liverpool] a lot. But they need to wait. He needs to be physically ready.”

Nunez was brought in to cover the loss of Sadio Mane’s exit from Anfield this summer with former striker Dean Saunders baffled as to why the Senegal international left.

Speaking last month, Saunders told talkSPORT: “I can’t believe he’s leaving Liverpool, I don’t know how it’s got to this point. He’s 30, I think of all his time at the club, the last six months he’s played the best football, he’s been unstoppable at times.

“He went up the middle when (Luis) Diaz signed and he started getting better and better at finding the pockets and linking the play up. I can’t get my head round why you’d want to leave Liverpool right now, when you’re playing the best football of your life in the best combination front-three he’ll ever play in, to go and play for Bayern Munich.”