The Netherlands international only has a year left on his contract at Anfield and could reportedly leave... 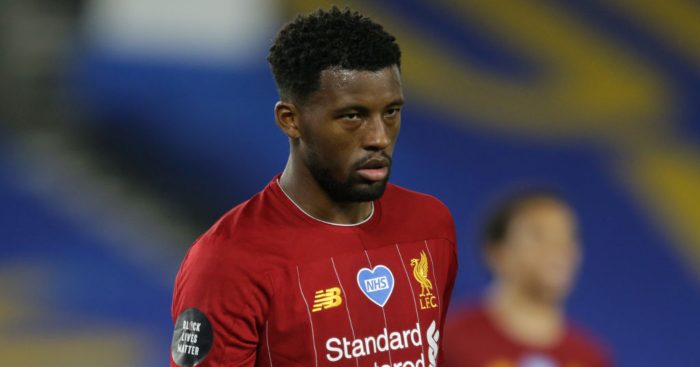 Georginio Wijnaldum has ended negotiations over a new deal at Liverpool and is now set on a transfer to Barcelona, according to reports.

The Netherlands international only has a year left on his contract at Anfield despite being integral to the Reds’ march to the Premier League title this campaign.

Following Ronald Koeman’s appointment as Quique Setien’s replacement on a two-year deal on Wednesday, there have been reports that the Dutchman wants to make compatriot Wijnaldum his first signing at the Camp Nou.

Koeman will inherit a side which finished five points behind LaLiga champions Real Madrid and failed to win a major trophy this season for the first time since 2013-14.

Dutch publication AD claimed on Thursday that Koeman sees Wijnaldum ‘as a building block for Barca’s resurrection’ and features ‘very high’ on his ‘wish list’.

And now those reports have been backed up by Sport (Sport Witness) with the Spanish publication claiming that Wijnaldum has ‘paralysed’ talks over a new contract at Liverpool.

Wijnaldum is ‘waiting for Barca’ as he wants to ‘continue’ playing for Koeman at the Camp Nou as he will no longer be in charge of the Dutch national team.

The report adds that Wijnaldum will be available for €20-25m due to his contract situation, which would be an ‘affordable’ price.