Home Liverpool Liverpool get fitness boost before flying to Barca 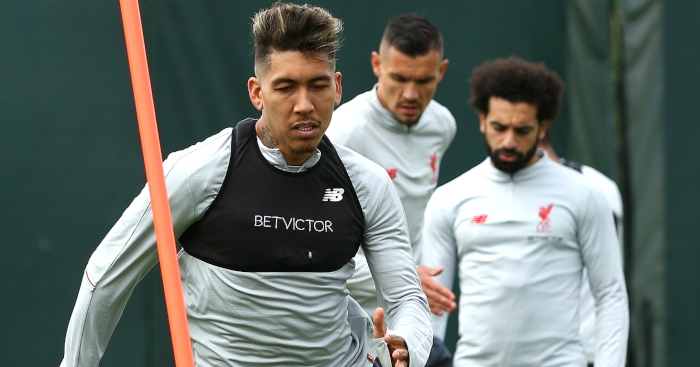 Roberto Firmino trained as Liverpool went through their final preparations before flying to Barcelona for Wednesday’s Champions League semi-final first leg at the Nou Camp.

Firmino joined the rest of the squad as they held a training session in front of the media prior to travelling, raising Klopp’s hopes that he could be fit to play.

Rumours of an injury scare concerning forward Mohamed Salah appeared wide of the mark as the Egyptian played a full part in training.

Fabinho was not risked against Huddersfield after a blow to the head in the previous game.

Adam Lallana, who has been sidelined with a muscle problem, was not with the squad.

Five-time champions Liverpool, who reached the final last year, are playing Barca in the semi-finals of a European competition for the third time but the first in the Champions League. The second leg takes place at Anfield next Tuesday.

The highly-rated 19-year-old is unlikely to be involved on matchday having only just returned to action after more than a year on the sidelines with ankle and knee problems.

But the England Under-17 World Cup-winner is expected to join the first-team squad full-time next season and the trip could be an important part of his integration into the senior group.