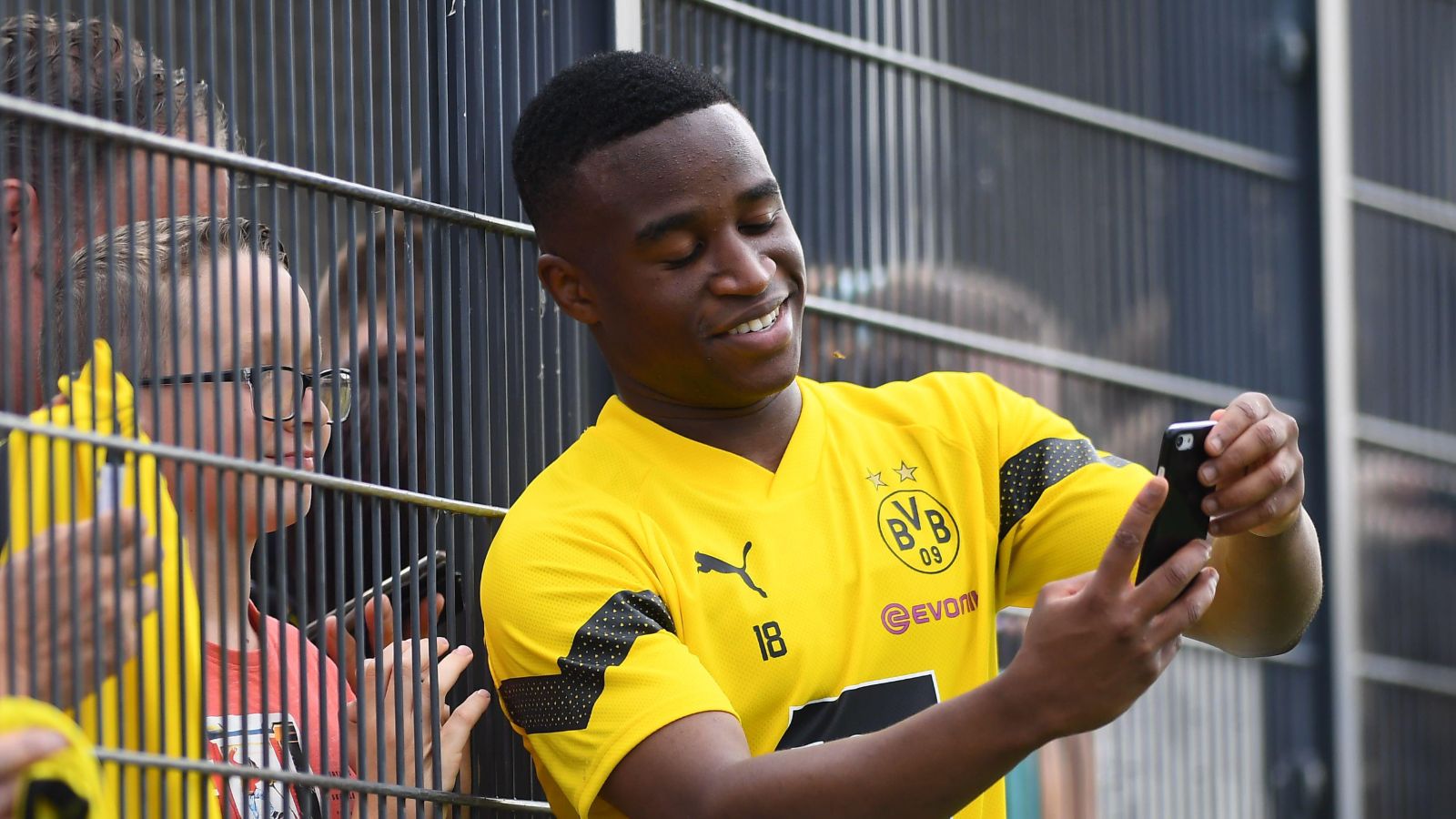 Borussia Dortmund starlet Youssoufa Moukoko has reportedly ‘agreed to join an England-based agency’ with Liverpool leading the race to sign him.

The 17-year-old is fast becoming one of the most talked about young players in European football.

It was always going to be near-on impossible for Borussia Dortmund to replace Erling Haaland after his summer move to Man City.

As much as strikers can be labelled as the ‘next Haaland’, there is no one quite like the prolific City man.

Dortmund are floundering down in fifth in the Bundesliga but Moukoko has been one of their standout performers.

The teenager is yet to score in the Champions League but he has grabbed four goals and two assists in ten Bundesliga outings.

Ex-Man Utd and Bayern Munich star Owen Hargreaves is a big admirer of the young forward.

“He’s producing the goods, a bit like Jude, Jude’s only 19, Moukoko’s amazing, only 17,” Hargreaves said.

“The numbers throughout the youth ranks have been off the charts, he’s always played two, three years ahead, he’s always producing numbers, can he do it in men’s football?

“And he’s been doing it. I think we’ll see a great athlete and one of those players I’m sure all the Premier League teams will be looking at. To be producing at this level at 17 is incredible.”

His early season form have fuelled talk of a transfer to one of the elite clubs in Europe.

Liverpool are understood to be the side leading the race to sign him and they have now been afforded a ‘huge boost’, according to Football Insider.

The ‘door has opened’ for the Reds to sign Moukoko as ‘he has agreed to join an England-based agency next month’.

He will join Unique Sports Management when he turns 18 on November 20. Reece James and Anthony Gordon are also associated with this agency.

It is said that this switch will ‘pave the way’ for him to secure a major transfer and USM have a ‘firm plan in place for the wonderkid’.

It has already been suggested by Football Insider that Liverpool boss Jurgen Klopp has been ‘blown away’ by the forward who is out of contract in 2023.

The Premier League side may end up signing two players from Dortmund next year as they are also involved in the battle to sign Jude Bellingham.

But club legend Robbie Fowler thinks that they should go for West Ham’s Declan Rice as he “fits into a Liverpool mould”.

“Another player who I really like is Declan Rice, he fits into a Liverpool mould,” Fowler told FairBettingSites.

“Rice is a player I’d like Liverpool to sign, not to be disrespectful to West Ham, but Rice will be a name on the top of many top teams’ lists whether that’s in the summer or January.

“Rice has been class for a few years now and you can see why clubs want him, but for me, he fits the mould of a Liverpool player.”