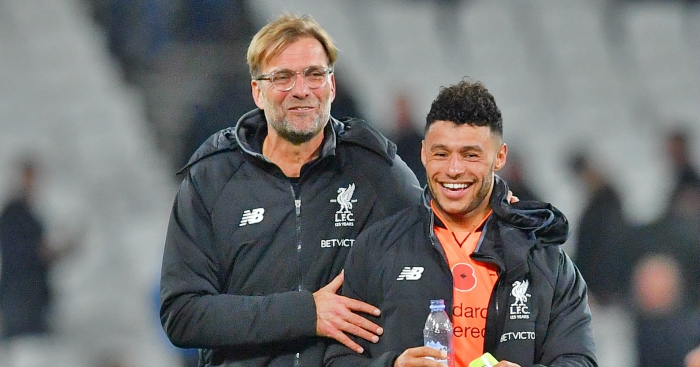 Alex Oxlade-Chamberlain could make his long-awaited return for Liverpool next week.

It was reported that Oxlade-Chamberlain could miss the entirety of this season due to the severity of the injury, but he has made great progress in his recovery.

Jurgen Klopp promised to wait for the England international “like a good wife”, and it seems to be a matter of weeks, not months, before his return.

The 25-year-old could feature for the club’s Under-23 side against Everton on Monday, with Friday’s game against Derby is another option.

He will then be in contention for full first-team training, and is set to be available for the final three months of the season.

Oxlade-Chamberlain was added to the club’s Champions League squad for the knockout phase last month, and will provide a huge boost as they push towards a first Premier League title.