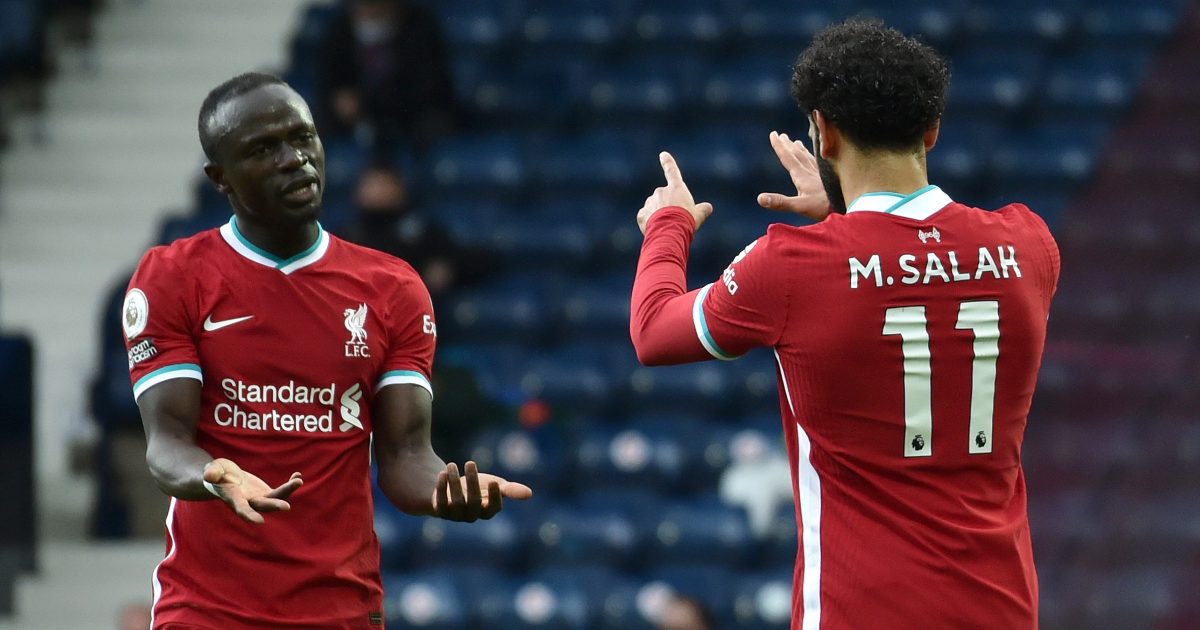 Gary Neville is insistent that “we do have a title race” between Liverpool and Man City following the weekend results in the Premier League.

Heading into the weekend’s fixtures, Man City were nine points clear of Liverpool at the top of the table.

On Saturday afternoon, Liverpool battled back from behind to beat Dean Smith’s Norwich City 3-1 at Anfield.

Man City hosted Tottenham Hotspur later in the day. Harry Kane put in an immense individual performance, as he scored a brace to help Spurs win 3-2.

City’s cushion at the top has been reduced to six points. Liverpool also have a game in hand over their rivals.

The Premier League top two face off at the Etihad in April in what could potentially be a title decider.

Neville believes Liverpool have overcome an “incredibly difficult” situation to remain in the fight for the title:

“Liverpool are a great side. Without Sadio Mane and Mohamed Salah, for the last month, which makes it incredibly difficult for them to chase down Manchester City,” he said via The Gary Neville Podcast.

“But if you said to me two or three weeks ago, ‘Mane and Salah go to the Africa Cup of Nations, get to the final and Liverpool end up closing the gap on Man City’.

“Then, I would have said ‘no that’s not going to happen’ because Manchester City have looked absolutely incredible’. But we do have a title race.”

Despite being an Arsenal fan, Ray Parlour was pleased to see Spurs get the win at the Etihad to make the Premier League title race “really interesting”:

“I don’t think anybody gave them any chance of getting anything,” Parlour told talkSPORT. “To score three goals away at Man City was amazing. That was the performance of the weekend.

“I know Watford won and that was a good result, Burnley going to Brighton, but you have to say Spurs going to Man City.

“I’m pleased, in a way, because I want the title race to keep going. The more it goes on an Man City keep winning and you think will Liverpool slip up.

“Suddenly, it’s going to be really interesting. That Liverpool vs Man City game in April could be the crunch game.”