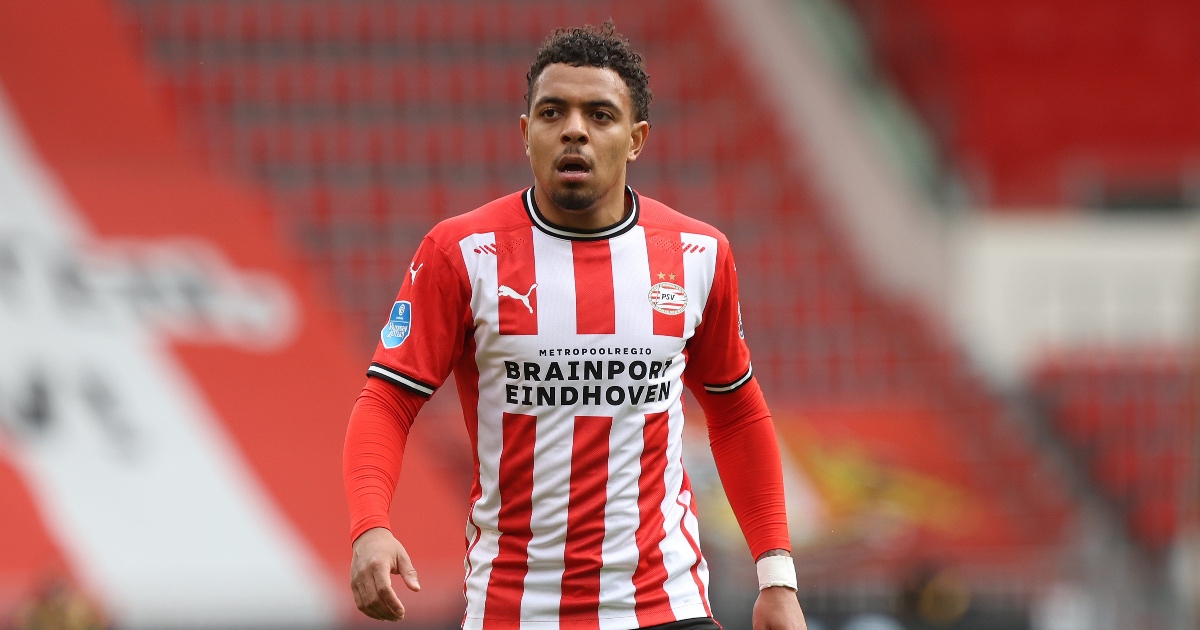 Liverpool might get lucky in their pursuit of Donyell Malen as Dortmund are reportedly stalling with their bid to sign the centre-forward.

Malen has become a target for Europe’s biggest clubs after scoring 27 goals for PSV last season.

He spent time with Arsenal as a teenager but could now return to the Premier League for a major fee four years later.

They value the 22-year-old at £26m instead and want to negotiate a reduced deal.

Dortmund are also being affected by the demands of Malen’s representative Mino Raiola.

The so-called ‘super agent’, who coincidentally represents Dortmund star Erling Haaland, is requesting a £7.8m payout as part of the transfer.

As a result of these financial problems, a deal is thought to be some way off.

The news could give Liverpool a huge boost as they look to sign the Holland international.

Reds chiefs are eager to sign a new centre-forward this summer to compete with the likes of Roberto Firmino and Diogo Jota.

Malen is their ideal signing as he already has experience playing in European competitions.

The player bagged five goals in eight games as PSV reached the Europa League round of 32 last season.

Taking Malen to Anfield would require Liverpool to spend a similar amount to what they paid for Ibrahima Konate.

The French centre-back signed from RB Leipzig for £36m to bolster Klopp’s options in defence.

However, Liverpool may also struggle to work with Raiola.

The club haven’t been involved in a transfer with the agent since Mario Balotelli’s move from AC Milan in August 2014.

He joined for £16m but only managed to score four goals in 28 appearances.

Liverpool have alternative transfer targets, should their bid for Malen fail.

He could be on the move during the summer transfer window after scoring just three goals in La Liga during 2020/21.