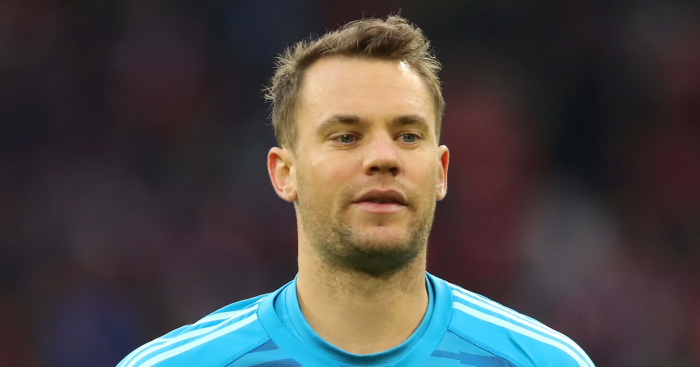 Liverpool have been handed a huge potential injury boost ahead of their Champions League tie with Bayern Munich.

Liverpool host Bayern in the first leg of their last-16 knockout tie with the German champions on February 19.

The Reds will be without the suspended Virgil van Dijk, as well as fellow centre-half Joe Gomez.

But they have been given some positive news after it emerged that Manuel Neuer could miss the game with a thumb injury.

Bayern confirmed the keeper had suffered a “blemish on the right hand” during a training session last week, and that he will undergo an x-ray to assess the damage.

Sven Ulreich filled in for Neuer against Bayer Leverkusen at the weekend, with Bayern losing 3-1.

“The fact is, he was in pain. Otherwise, he would have played.”

Ulreich, who was playing his first match of the season and has now lost his last three starts, conceding ten goals in the process, added: “The thumb is really fat, but in one or two days things should look different and he could be able to play.

“Of course, I was happy to be able to play again, but it was bitter news for Manuel.”