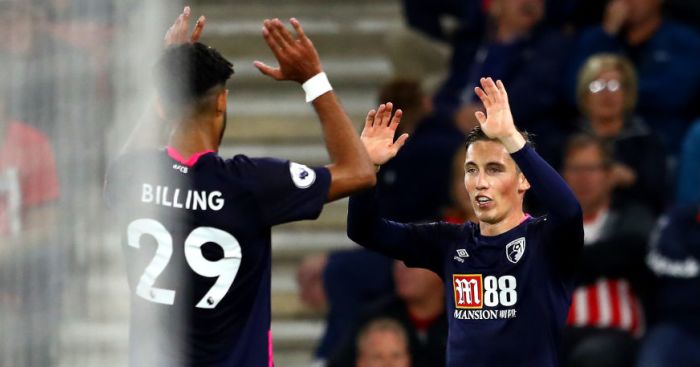 Harry Wilson will see out the season with Bournemouth after signing an extension to his loan deal from Liverpool.

Wilson’s loan was due to expire on June 30, but with the season extended due to the coronavirus pandemic the Cherries have announced the Wales winger will remain on the south coast until the end of the campaign.

Confirmation of Wilson’s availability will come as a welcome boost to the Cherries in their battle against relegation, with the 23-year-old having impressed in his first top-flight season with seven goals in 27 appearances making him Bournemouth’s second top scorer.

Bournemouth, who sit in 18th place but level on points with Watford above them, are due to resume their campaign at home to Crystal Palace on June 20, with the match set to be the first Premier League match shown on the BBC.

Wilson has come through the ranks with Liverpool and has set his sights on trying to force his way into Jurgen Klopp’s thinking for next season once his loan with the Cherries is complete.

To date, Wilson has made only one appearances for the Reds – against Plymouth in the FA Cup in 2017 – spending time on loan with Crewe, Hull and Derby before Bournemouth.