James Pearce wrote that ‘Real’s charm offensive included an offer’ for Elliott to speak with Ramos. 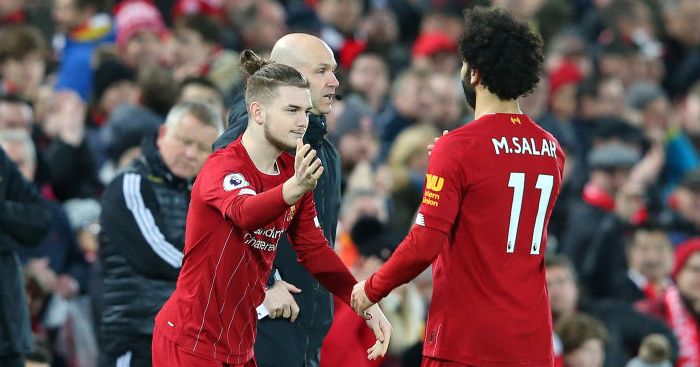 Liverpool youngster Harvey Elliott has confirmed that he turned down an opportunity to meet Sergio Ramos over an incident with Mohamed Salah in the 2018 Champions League final.

Elliott was also in Kiev for Liverpool’s 2018 Champions League final defeat to Real Madrid, during which Salah was substituted due to an injury caused by Ramos.

Liverpool and Ramos have shared something of a grudge ever since, and The Athletic claimed in May that Elliott even rejected the opportunity to meet the Spanish centre-half when Real ‘rolled out the red carpet’ in an attempt to sign him a year ago.

James Pearce wrote that ‘Real’s charm offensive included an offer’ for Elliott to speak with Ramos, to which the teenager replied: “No, it’s OK, thanks. I don’t like him after what he did to Mo Salah.”

And Elliott has now confirmed that those reports are “true” that he snubbed a meet up with Ramos over the Salah incident.

“I turned it down because of what he did to Mo.”

Liverpool lost 3-1 to Real Madrid on the night in Kiev and Elliott, who was in Ukraine, has detailed his love for the Reds.

Elliott added: “As a little kid, I just remember the buzz of walking up the steps inside the stand at Anfield, seeing the lights and the players warming up — what a sight.

“My heroes were Steven Gerrard and Luis Suarez. I loved watching them. My dad was a big fan of Fernando Torres and we had a big poster of him in the house.

“Me and my dad always tried to do as many away games as possible. We had to tell a few lies to the school and my mum along the way! ‘Make sure you get a nice hotel,’ she would say. The place where we stayed in Kiev in this rundown block of flats was horrendous.

“But that’s part of the fun of being a football fan: following your team wherever they go and the experiences you share with your friends and family. The result wasn’t great but the trip itself to Kiev was brilliant.”