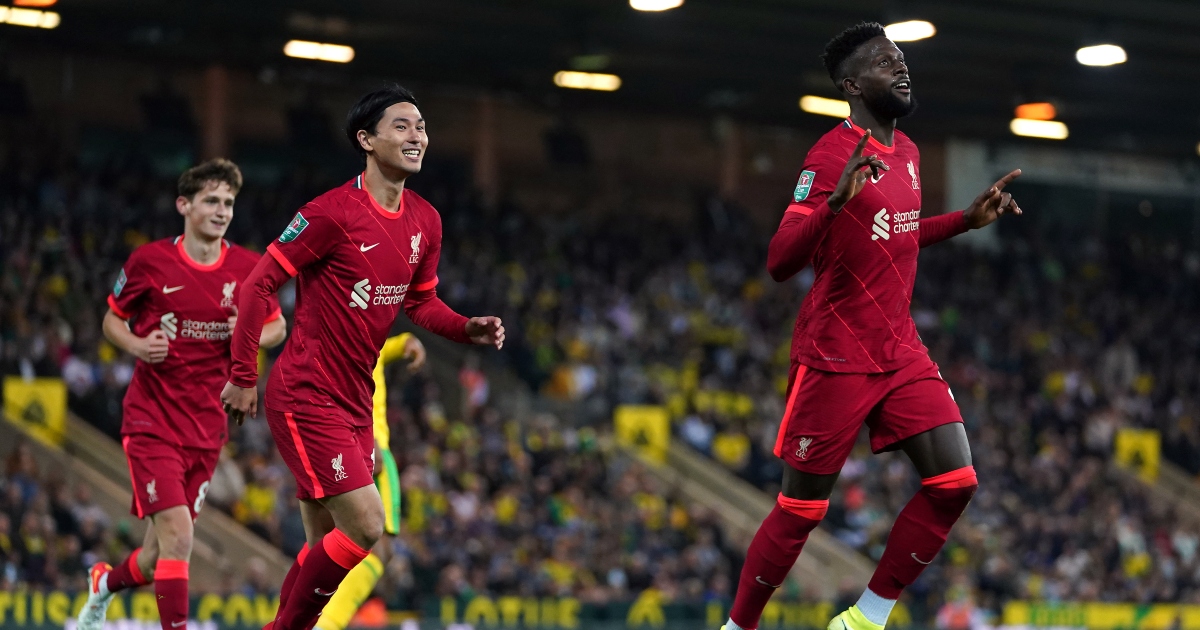 According to reports, Liverpool have no intention of offloading Divock Origi in the winter transfer window, with Newcastle United interested in a loan deal.

Origi signed for the Reds from Lille in 2014 and has spent time on loan at the Ligue 1 club as well as Wolfsburg since joining.

He has played over 160 times for the Merseyside club and has scored 38 goals whilst remaining a constant in the Belgium national team set-up.

Neville is right: Maguire is f**ked and that really is fine

Game time has been hard to come by for Origi, especially in recent seasons, but he remains an important squad player under Jurgen Klopp.

The 26-year-old has made seven appearances this term, however, has only played 16 minutes in the Premier League, scoring in a 3-2 loss at West Ham.

Mo Salah, Roberto Firmino, Sadio Mane and Diogo Jota are all ahead of the Belgium striker in the Anfield pecking order, which has alerted Newcastle, who want to bring him in on a six-month loan deal, claim The Northern Echo.

The report says: ‘Amanda Staveley and her advisors feel Origi would be receptive to the idea of kickstarting his career with a six-month loan spell on Tyneside, but Liverpool boss Jurgen Klopp is set to shut down any possibility of the 26-year-old moving to St James’ Park.’

Liverpool’s reluctance to offload the 26-year-old could be influenced by the Africa Cup of Nations as the Reds will lose both Salah and Mane. The tournament begins on January 9 and ends on February 6.

One defender being linked with a move to the north east is Burnley centre-back James Tarkowski. The 29-year-old’s current contract is set to expire at the end of the season.

Last week, Burnley boss Sean Dyche insisted that Tarkowski is a “fantastic professional” as he offered no hints about his future.

“All I would say about James is that he’s a fantastic professional, he has been since he’s been here and he continues to be. His form this season has been absolutely top drawer.”