Home Liverpool Liverpool have ‘the Harry Kane problem’ too… 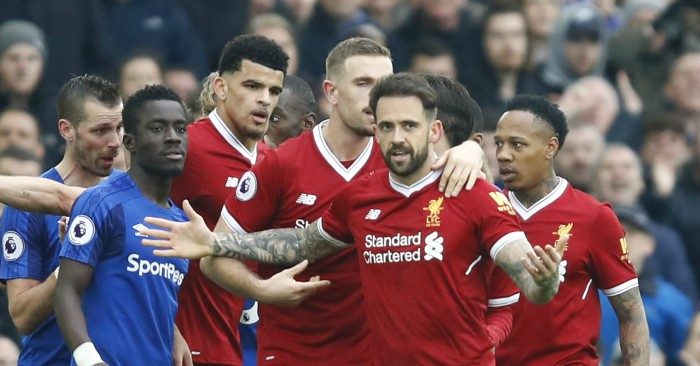 ‘Recruiting a centre-forward isn’t on the agenda as Klopp is happy with the cover he’s got for first choice No.9 Roberto Firmino,’ read a piece in the Liverpool Echo last week, refuting all talk of interest in Timo Werner. The report continues: ‘As it stands, Danny Ings, Dominic Solanke and Brewster will provide competition and back-up for Firmino.’

As it stands – as illustrated starkly on Saturday lunchtime – that really is not good enough. Liverpool faced Everton without the injured Mo Salah and the rested Firmino and they looked like a decent Premier League side with a Championship strike force. Ings and Solanke were not so much a step down from Salah and Firmino but four or five flights. From penthouse to ground floor.

There was no shortage of effort but there was a massive shortage of quality on offer from a pair who are on the fringes of the Liverpool team for good reason. Ings was making his first start under Klopp and it really could be his last; at times, he looked like a man attempting a Tough Mudder in dress shoes on the back of two laps around the block. There is no malice in saying that he is simply not good enough for this Liverpool.

Solanke is excused a little more on age grounds but he would clearly benefit from regular football further down the league. Ten times he lost the ball with a poor touch and four times he snatched at shots. Between him and Ings, they have now played over 800 minutes of football for Liverpool this season without scoring a single goal. Injury prevents us from seeing Rhian Brewster at this level, but that kid must be 17 different shades of phenomenal.

A front two of Dominic Solanke and Danny Ings is extremely England B.

There were positives for Liverpool at Goodison Park – Gini Wijnaldum was excellent in midfield, Nathaniel Clyne returned and they kept a clean sheet with Ragnar Klavan at left-back – but the glaring negative was the stark truth that they do not have any real back-up for their first-choice striker. But ask Tottenham just how hard it is to find and buy somebody willing to take that role. Ask Vincent Janssen if he would recommend anybody follows his lead.

Like Harry Kane, Firmino is unquestionably and undeniably first choice, and a player like Werner – seven goals in 12 games for Germany, remember – is absolutely not going to join any club as second-choice striker. So you can understand why Klopp might be desperate to find cheap solutions from within his own club. But when those cheap solutions are nowhere near the required standard, more imagination is needed.

On this occasion, there was no real harm done, a 0-0 draw at Goodison being an unremarkable result, but had Liverpool been missing Firmino and Salah on Wednesday night, their chances of success against Manchester City would not have been merely halved; they would have been shattered. Assuming Daniel Sturridge’s Liverpool career is over, they surely cannot start next season without a replacement; hell, even Everton have a better option in Oumar Niasse.